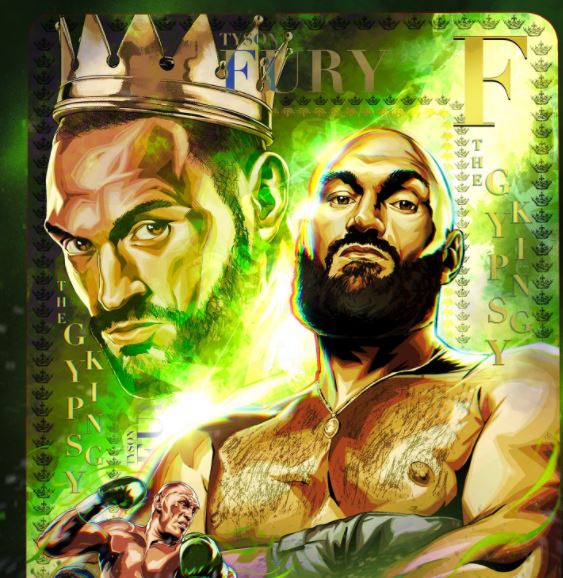 We’re back to the grind and at it with an all new Morning Brew. It was a tale of two halfs in the Eagles game. The MLB playoffs got off to a hot start. Speaking of hot, the third and final fight between Tyson Fury and Deontay Wilder was awesome. We’re still waiting for Ben Simmons to get traded and it’s clear that some fans have certainly had enough of his diva ways. College football was wild this weekend, especially with Alabama losing to Texas A&M. Let’s not keep you waiting any longer. It’s Brew time.

Eagles somehow get the victory

Hurts to Quez was a thing of beauty

Hurts with the keeper

BLOCKED. @Eagles recover the blocked punt at the 27! #FlyEaglesFly

Ben Simmons has listed his apartment at the Ritz-Carlton in Philadelphia for $3.1 million, per @PompeyOnSixers.

Simmons purchased the apartment for $2.54 million in 2018 and still owns another home near Philadelphia.

The latest on Ben Simmons

Latest on Ben Simmons and the 76ers: pic.twitter.com/PWuRV9eyV8

Best part of #aew in Philly is the fuck #bensimmons chant pic.twitter.com/WDpyjQ0rMx

Louder for the people in the back

As I was leaving AEW Dynamite in Philly, it seems like the Philly sports fans were airing their frustrations with a certain player from the Sixers. pic.twitter.com/lszyjS9ubJ

Is #KevinHart just protecting his friendship with #BenSimmons? Did Hart even watch the playoffs and see the offensive liability that Simmons is when he won’t even take a dunk or layup? (Via @shobasketball) pic.twitter.com/cHCoLeHIPb

Tyson Fury with the W over Deontay Wilder

Tyson Fury beat Deontay Wilder in the 11th round to keep his heavyweight title, ending a trilogy bout that was certain to be an instant classic. Here are the highlights: https://t.co/CzBoEPbMaw

It’s not a @Tyson_Fury victory until he serenades us 😅 pic.twitter.com/q07DWf8rmt

Never ever doubt this man

Don’t ever doubt me, when the chips are down I always deliver!

The Gypsy King partied it up

Got some stamina Fury. 11 heavy rounds n then out to the party. Gotta love him. The Gypsy King 👑 pic.twitter.com/ZDvUaERRZB

The Great One gave his thoughts on the fight

That was one of the greatest fights I’ve ever seen.
#1
#2
And #1 is undefeated going in.
Congrats to my friend & champion @Tyson_Fury
What a beautiful & resilient performance.
What a “on the shield” heart @BronzeBomber has.
I was inspired tonight by both men🛡 #FuryWilder3

Well this is not ideal

New bodycam video from the George Floyd protests shows Minneapolis police joking about hunting down anarchists as well as non-protesters simply out after curfew—and an officer saying “Fuck these media” after a reporter was pepper-sprayed. https://t.co/ImLHAoaBFb

BREAKING: Federal prosecutors have announced they won’t file charges against a white police officer who shot Jacob Blake in Wisconsin in 2020. Blake, who is Black, was shot during a domestic disturbance, leaving him paralyzed from the waist down. https://t.co/dK14cbZfco

Now that Madison Cawthorn is openly calling for “people of faith” to rise up in a holy war against non-Christians, let’s revisit the unholy war he waged against his female classmates by driving them to secluded locations and forcing himself upon them. https://t.co/NUmmg8Twtv

More on this sexual predator

Holy war guy Madison Cawthorn is a sexual predator, because of course he ishttps://t.co/2pUNrF0Von

I hope he rots

Attorneys for Kyle Rittenhouse, who is charged with fatally shooting 2 people during a protest in Wisconsin last year, argue hunting laws allowed the teenager to carry the assault weapon used during the shootings. https://t.co/RBVb2S1RPv

While Tucker Carlson is praising the Kenosha killer – here is his boy Kyle Rittenhouse sucker punching a GIRL a few months back…pic.twitter.com/wgOeUQdVDC

Arrest each and every one of these scumbags

BREAKING: The Select Committee has issued three subpoenas to Ali Alexander, Nathan Martin, and Stop the Steal, LLC seeking testimony and records related to the “Stop the Steal” rally that took place on the grounds of the Capitol on January 6th, 2021. https://t.co/Pt2jm8JsaK

As I reported in March, Alexander has been a GOP operative for years. He’s taken dark money from the Kochs. He’s tight with Tea Party extremists, many of whom were involved in Jan. 6. He’s connected to a range of other players in the GOP establishment.https://t.co/3XLFgwPbBh

Trump claims many of the Haitians coming to the US have aids pic.twitter.com/JQnzOu5aFW

Sometimes the enemies lie from within

“The bottom line is we keep hitting this same roadblock, Kyrsten Sinema, Joe Manchin,…and they don’t believe voting rights are important enough to get rid of the filibuster.” @johnlegend
READ👉🏾 https://t.co/BL1fCObtAD pic.twitter.com/xMZjgMMwnO

How many young women have to die Mark Zuckerberg? pic.twitter.com/CdgJds84Ww

How Facebook forced a reckoning by shutting down the team that put people ahead of profits https://t.co/GmwlUF7j4L

The affluent, mostly white, neighborhood of Buckhead in ATL has filed a petition with the legislature to break away from the city of Atlanta to form their own municipality called Buckhead City. The move would cost ATL schools $232 million. https://t.co/2QD73W2WHV

This is in Virginia Beach. A Black family with children is being abused by a racist neighbor who plays this recording screaming the N-word & making monkey noises every time the Black family leaves the house.😳

Police say they can’t do anything about it😐
pic.twitter.com/MNYEKDCy9B

This is a must read for everyone. https://t.co/guAumA3Oj2

OR Watch exclusively on Triller and FITE TV#VERZUZ #TrillerVerz pic.twitter.com/4e3dZGVi2P

50 Cent praised Dave Chappelle’s new special, in which the comedian wondered why DaBaby was “canceled” for homophobic remarks but not for shooting a man https://t.co/MiHrGrKsUW

Good god what a bad call

Chris Taylor walks it off for the Dodgers

Chris Taylor is the 1st player in @Dodgers history to hit a walk-off HR in a winner-take-all #postseason game. pic.twitter.com/Pik5JTdGEq

Juan Soto came out to show love to his former teammates

Mookie with a strike. 🎳 pic.twitter.com/OhGjIl1YhP

KB and the @SFGiants can flash the leather too! pic.twitter.com/pafulOiwEZ

A steal of home in the playoffs

Bad news for the Seahawks

The King of the Ring Bracket is set

The Sooners came back to stun the Longhorns

COMEBACK COMPLETE FOR THE SOONERS! pic.twitter.com/qk0oOi51Z9

Arkansas goes for two and the win— and don’t get it. Ole Miss survives! #HottyToddy pic.twitter.com/fm4xyxTdDN

48-yd FG for the win!@NDFootball escapes Blacksburg with a W ☘️ pic.twitter.com/tGz8pWgeUh

Michigan wins, but Jim Harbaugh doesn’t want to talk about it

Jim Harbaugh said my job is done here, after Michigan defeats Nebraska on the road. pic.twitter.com/N34P7pOcHD

UNRANKED TEXAS A&M TAKES DOWN THE NO. 1 RANKED TEAM IN THE COUNTRY. pic.twitter.com/zxaDMsT7nG

A field goal for the win

THE AGGIES UPSET NO. 1 ALABAMA. pic.twitter.com/p68Rj1KKwG

Texas A&M takes the kickoff to the house 🏃‍♂️💨pic.twitter.com/xpIoBHYwOC