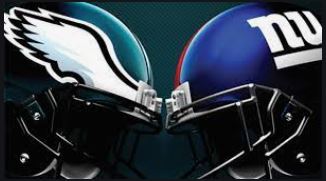 The Eagles are coming off another win last week against the Saints. This week the Birds do battle with division rival the New York Giants. Can the Eagles get a much needed division win?

This is a story of two teams going in opposite directions. The Eagles are somehow suddenly in the playoff picture and have a chance to extend their hopes with a divisional victory against the much hated NY Giants. Crazily enough, we are in week 12 and this will only be the Eagles second divisional game of the year. I’m looking for the Eagles to continue to run the ball here against a Giants team that is floundering in all aspects. However, being a rivalry game and all I expect the Giants to leave it all out on the field Sunday. I’m going to go with the hot team here, but in a close one.

The Eagles have been hot and the Giants have been more dysfunctional than usual (which is hard to do). This is a take care of business game for the Eagles and Nick Sirianni and I believe they are up for the challenge. Eagles go to the Meadowlands and move 1 step closer to the playoffs.

The Eagles are soaring higher than ever before. They have become the new darling of the NFL and their future looks to be playoff bound. The Eagles start their easiest part of the schedule with an away game at Metlife Stadium against the New York Giants. When looking at the statistics, the Eagles rush offense should be dominant against the Giants rush defense. The Eagles are 2nd in rushing yards per game and the Giants are 23rd rushing yards against this year. This should be a slower paced game due to this discrepancy. These NFC East battles are intense battles and I expect this game to come down to the wire. The Giants have been a covering machine as of late covering 3 out of the last 4 games. The one game they didn’t cover was against Tom Brady after an embarrassing Washington loss. Most teams in the league would be in a trouble in that spot against a pissed off Tom Brady. I expect this game to be a close scoring game regardless of all the metrics that are against the Giants and getting 4 points in this let down spot for the Eagles is too many points. Daniel Jones should be able to use his legs to continue plays on offense. A healthier Saquon Barkley helps the offense as well. I expect this game to go under the total of 45.5 and for the G Men to cover this game.

The Giants are not good, it’s plain and simple. The Eagles are still in the middle of a race for a playoff spot and this is a game they should and will win. Jalen Hurts has put the Eagles in good situations to score frequently and the return of Miles Sanders to the offense will only benefit that. The Giants will have trouble keeping Hurts at bay, whether it’s with his arms or legs. Defensively, the Eagles should have zero trouble shutting down Daniel Jones and the Giants skill position players. Saquon Barkley will be the go-to guy for Joe Judge’s offense, who will aim to be more balanced following the firing of offensive coordinator Jason Garrett. Eagles will with the game outright.

Jalen Hurts rushed for three touchdowns last week while Saquon Barkley will be a tough player for the Eagles to stop. I fully back each player to record one rushing score each as the colder weather comes and ground and pound football becomes more visible.

I spent weeks trying to quiet the voices surrounding the Eagles making a run. But with the team’s consistent commitment to the run and the Cowboys starting the giving season off early with a Thanksgiving collapse, I’m starting to listen. Sunday’s game now becomes huge not only for the Eagles’ wildcard positioning but surprisingly, for their NFC East title hopes as well. And with Sterling Shepard being ruled out and Kyle Rudolph and Kadarius Toney listed as doubtful, this may be a Giants team that’s not hard to slay at all. I think the Eagles will continue with what’s working – the run game. Plus, with Slay and Maddox having balling this year, if the game comes down to Giants’ passing attack, I’ll take our secondary (which is not something that we could say all year).

The Birds did it. They finally got to me. They’ve been playing solid football and now I have to pick them to win. This week the Eagles take on division rival the Giants. The Giants just let go of their offensive coordinator Jason Garrett. The Giants are a total mess at this point and the Eagles should be able to take advantage of this. Still – with it being a divisional matchup, the game might be closer than expected. I just don’t see how the Giants can win this one if the Eagles continue running the ball as they have been and as long as Jalen Hurts stays poised. The Eagles will put up points in this one and I don’t think the Giants can keep up.

What in the hell is going on? I am blown away by the transformation this team has went through. They have looked amazing over the the last few weeks! Averaging over 200+ yards on the ground and have hit the 40 point mark in 2 out of the last 4 games (3-1)! Keep it going! Why would I take the Giants in this spot? The Eagles have so much going for them and I think it might turn ugly for the GMEN. Give me the Birds!