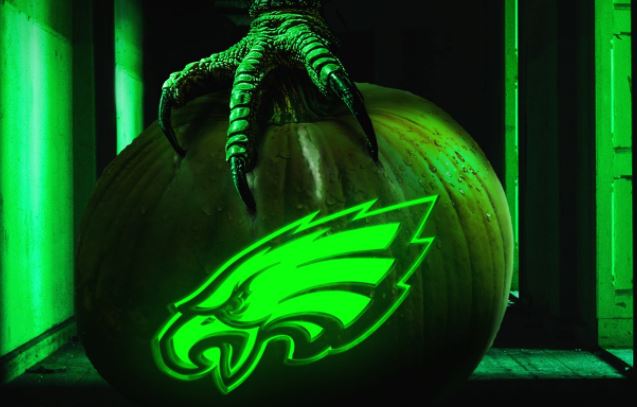 Can you believe it? We’re already in the month of November. Before you know it, it will be 2022. But, we’re back at it again with a new Morning Brew. The Lions battled the Eagles in a toilet bowl game and the Eagles looked dominant for once. Nick Sirianni really loves him some flowers. Details emerged this past week of a sexual assault and coverup scandal for the Chicago Blackhawks. So let’s get right to it. It’s Brew time.

What the hell is happening?

“Are you watering and are you fertilizing every day?” Nick Sirianni on his message to his team today. pic.twitter.com/pkEQElipz2

It took a turn indeed

Nick Sirianni’s press conference took an unexpected turn when he used a flower growing to metaphorically describe the Eagles https://t.co/VbBqROK7SI

Would Deuce have been the better hire?

Sirianni is getting roasted

“Where Flowers Bloom so does Hope.” -Nick Sirianni pic.twitter.com/Z1NYV3olxb

The sponsorships are rolling in for #eagles Nick Sirianni.#Flowers #FlyEaglesFly 😉 pic.twitter.com/4mZndc3S1L

I can’t take this

Sitting here thinking was I the soil, the root, the water or the fertilizer? pic.twitter.com/fhocRqFo7N

Eagles take home a W against the Lions

It’s Halloween? Dig into the bag of tricks. Dems the rules.#PHIvsDET | #FlyEaglesFly pic.twitter.com/JoU6NuFv3i

.@JayGlazer and @Eagles OT @LaneJohnson65 sat down to have an open conversation about mental health and the every day struggles that impact people that suffer from anxiety and depression. pic.twitter.com/CeKGYVCfGW

The Flyers looked good against Edmonton

Let’s get it on

This dude is nuts

Odd. Reading statement from #Blackhawks commending Kyle Beach, I must have missed an apology for making him out to be a liar and calling his claims meritless.

That wasn’t on “then-executives.” That is on the executives still in place, who missed the mark again tonight. https://t.co/LUBoEE1WHX

Even in court the Blackhawks are trying to destroy Beach

Kyle Beach posts the Blackhawks “continue to attempt to destroy my case in court” after filing a motion Tues. asking his lawsuit be dismissed.
(The team says it had to file those docs then to meet court deadlines.)
Kyle grateful for an “outpouring of endless love and support…” https://t.co/SDBJNEMn3p

New: After Rocky and Danny Wirtz apologized Tuesday for the actions of former team video coach and sexual predator Brad Aldrich and said they wanted to settle the claims of John Does 1 and 2, the Blackhawks filed court motions asking a judge to dismiss both lawsuits. pic.twitter.com/ymeOLsyBu2

Taylor Hall when asked by @mattyports about Kyle Beach & the Blackhawks:

“Every culture needs to keep getting better, and hockey’s no different. This is a game that’s a little bit of what you’d call an old boy’s club. … there needs to be changes.” pic.twitter.com/NYtaHZHkGM

Joel Quenneville has resigned as Florida Panthers coach after an investigation into the Blackhawks’ sexual abuse case revealed he had knowledge of the allegations when he was Chicago’s coach in 2010. https://t.co/5YwRF1Gzte

REPORT: Buccaneers offered Ben Simmons as part of gift to fan who gave back Brady’s 600th TD ball, but even he turned it down.

“I don’t want to get fined too much, but this is frustrating.”

“There’s certain things that I agree with the rule change. But then there’s things that are still fouls and guys are going to get hurt.”

This judge is a disgrace

A judge said that the word “victim” generally could not be used in court to refer to the people Kyle Rittenhouse shot after protests in Kenosha, Wisconsin, last year. But he said the defense may be allowed to call them “looters” and “rioters.” https://t.co/jN4qUhwBJG

Judge in #Rittenhouse case denies use of the term “victim” but allows those murdered to be referred to as “rioters, looters or arsonists”. The prosecutor needs to motion for the judge to be replaced due to biased prejudice. @CivilRights @DOJPH needs to resolve this now! pic.twitter.com/bBKKQBS6wE

May Rittenhouse burn in hell

Kyle Rittenhouse killed 2 people & wounded another w/ an AR-15. The judge in his case says “victim” is too “loaded” but will let lawyers call them “rioters, looters or arsonists.”

This is absolutely crazy

This is the video of Kyle Rittenhouse running like a dufus after he murdered his victims. He crossed state lines with an assault weapon while underage. The judge shouldn’t humanize him, he’s clearly a monster! His momma too! pic.twitter.com/BtjbdxCz0d

The Arizona Republic: Wisconsin judge in Kyle Rittenhouse case outlines the perks of being a white vigilante.https://t.co/bcVDyB6Chd

Michael Rapaport has some thoughts on the Con Man’s son

Piss Stain @DonaldJTrumpJr is currently mocking the death of an innocent woman on the set of Alec Baldwin film.
These are the lowest nastiest Pigs, the celebrations will ensue & your family will be alive to see it and I can’t wait.https://t.co/szMZblW0EL pic.twitter.com/tUSPN8pIxy

We feel you, Melania

Oh DAMN…. Did Melania Trump just roll her eyes at Donald Trump last night!? Cuz it seems like she don’t give a DAMN about him at all…. 😂😂😂😂 #WorldSeries pic.twitter.com/7CIBj0KoyS

It wouldn’t shock me knowing how dumb American voters are

Madison Cawthorn is never factually right and it makes me sick

I asked Madison Cawthorn why he won’t stop attacking our democracy.

He was upset. Here’s his response: pic.twitter.com/RgIc1pcf2A

Dave Chapelle responds to the controversy

Great review by @jhoffman on the (brilliant) first episode of S11 of Curb Your Enthusiasm. Love to know what @rickygervais thought of it. 😆 https://t.co/KvJhcusYoJ

An employee at a private school for young children in Chester County has been arrested and charged with physically assaulting three toddlers. https://t.co/MulWf5rdJM

INSANE – Damaging Tornado this morning in Orange, Texas near i-10 and 62!

Welcome to the Metaverse

BREAKING: Facebook has renamed itself Meta to emphasize its virtual-reality vision for the future, CEO Mark Zuckerberg says.The move comes after leaked documents exposed that the company knew about the harms its products cause. https://t.co/m7gccJFj38

Zuckerberg tries to distract us from reality

Wrote about what’s *really* driving the Facebook Meta/verse facelift—a cocktail of desperate PR, founder ego, and a dawning, Silicon Valley-wide imperative to find the next big framework for investors to move capital into, for @TheAtlantic:https://t.co/XIy7UBsoeQ

Mario is having a party

#MarioPartySuperstars reviews are praising its back-to-basics approach, classic minigames and boards, and lack of gimmicks. Critics note its lack of originality, but the general consensus places it well above Super Mario Party.https://t.co/XbjPNAamuf pic.twitter.com/CuVz6Rfg34

Lakers blew a 26-point lead to the Thunder… pic.twitter.com/NdQLedDcvl

Malik Monk & Carmelo Anthony shoot airballs in the finals seconds of the Lakers loss to OKC.

LA had a 26-point lead! pic.twitter.com/lGafzJnTYs

LeBron James hooks his daughter up

A new meme has been born

A vehicle has been flipped. Students currently celebrating atop and kicking in the windshield. @thesnews pic.twitter.com/3Xzj0RkY4x

They apparently get a pass because they’re white kids