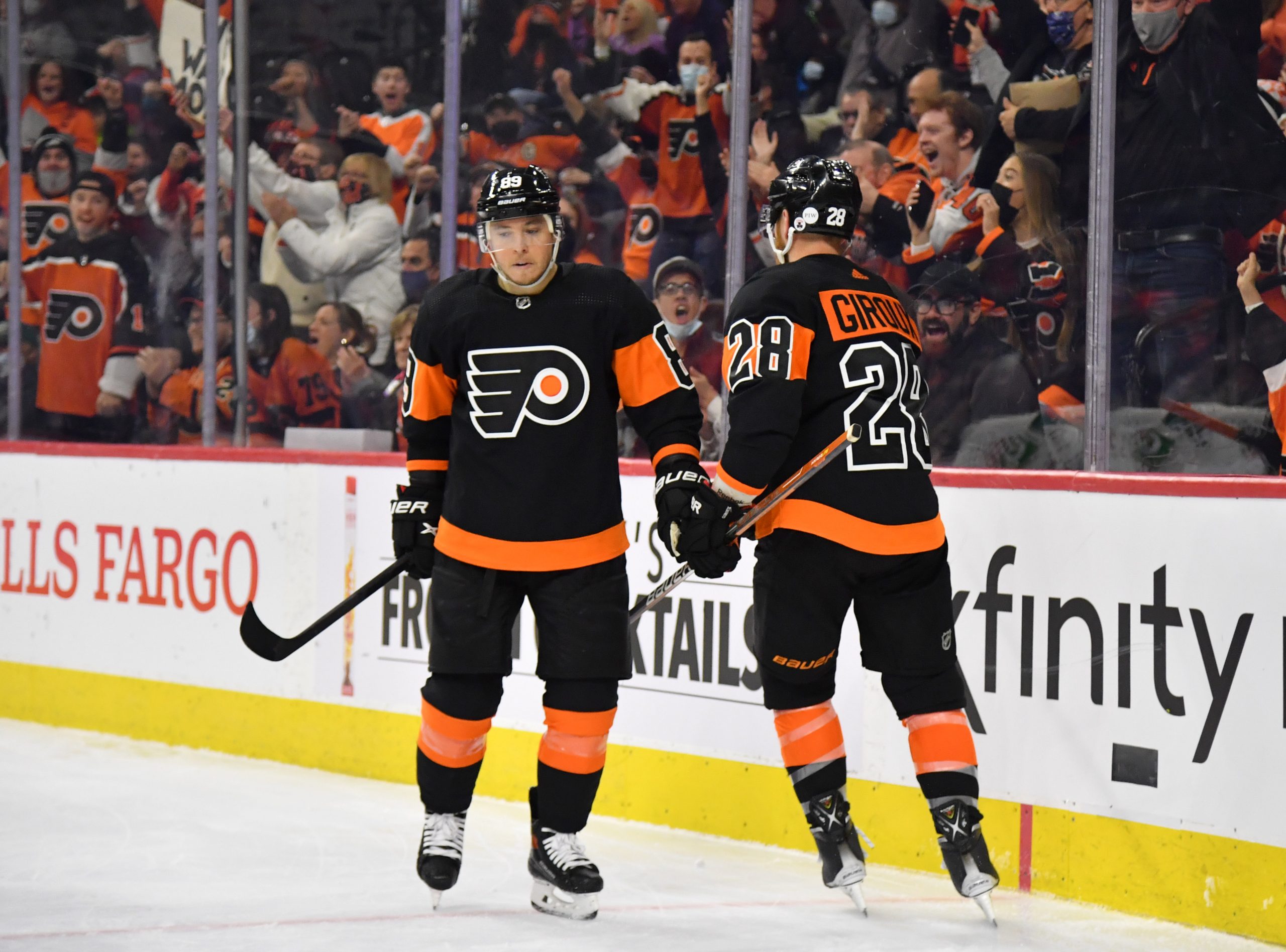 The Philadelphia Flyers started off Sunday’s game against the Tampa Bay Lightning in the best way possible, but it proved to play a little part in the final scoreline of another lopsided defeat.

Alain Vigneault’s side suffered an eighth-straight defeat on Sunday, losing 7-1 to the defending Stanley Cup Champions, continuing a horrid run over the last two weeks. The Flyers have been outscored 33-10 over their losing streak and the road won’t get any easier with showdowns against the Colorado Avalanche, New Jersey Devils, and Vegas Golden Knights over the next five days.

“We are looking for solutions to our situation,” Vigneault said after the humiliating home loss. “We all have a job to do and need to get to work and do our part. The guy that is the leader of this group who has both his hands on the steering wheel is me and I have to find a way to get this group to play better. We are in a bad skid right now and we need to end this. We have an opportunity tomorrow night and hopefully we will play better.”

“I think, I said in the first question, just play with pride, play for each other,” Flyers forward Cam Atkinson said. “Obviously, we’re embarrassed. There’s no question about that. Our fans are, they support us, and to lay a goose egg like that in front of them, it’s embarrassing. Take a hard look in the mirror and we have another opportunity tomorrow. Let’s get back on track.”

Tampa Bay came into the Wells Fargo Center off of the back of a 3-2 overtime win in Boston on Saturday and weathered the storm in the first period. Former Flyers goaltender Brian Elliott stole the show with 38 saves, while Corey Perry scored two goals and registered one assist. Victor Hedman, Ross Colton, and Ryan McDonagh also impressed for the Lightning, each contributing multi-point nights for the Lightning, continuing to push the Flyers down in morale and the Metropolitan Division.

The Orange and Black outshot the Lightning by 12 shots, but the high-danger chances remained low for the home team. Tampa Bay raced away to a 2-0 lead heading into the first intermission and didn’t look back, exploding for five more goals over the final 40 minutes of the game.

It’s been a hard and frustrating road for the Flyers over the past two weeks and something will need to change for Vigneault to remain as head coach. Scoring goals has been an issue for the whole team while defensive errors haven’t helped their cause, even with Carter Hart and Martin Jones doing everything they can to keep the Flyers in games.

The team is staying positive amidst this bad run of form, but only results will help stop the bleeding before the Flyers really get into a dangerous situation and jobs are under discussion.

“I think we have a lot of guys in there that really care and want to do well,” Flyers veteran forward James Van Riemsdyk said. “When it’s not going our way like it is right now, sometimes that can creep in a little bit. I think as hard as it can be, we have to do a good job of staying positive and just sticking to playing direct and try to play with your instincts. That’s usually when you play your best. Obviously, we know we’ve dug ourselves a little bit of a hole here, but we have a big game tomorrow night. We have to have the mindset and the attitude that it starts tomorrow and have a good game, good first shift, good first period, and then build off that.”

The Flyers are back at it on Monday against Colorado at home.