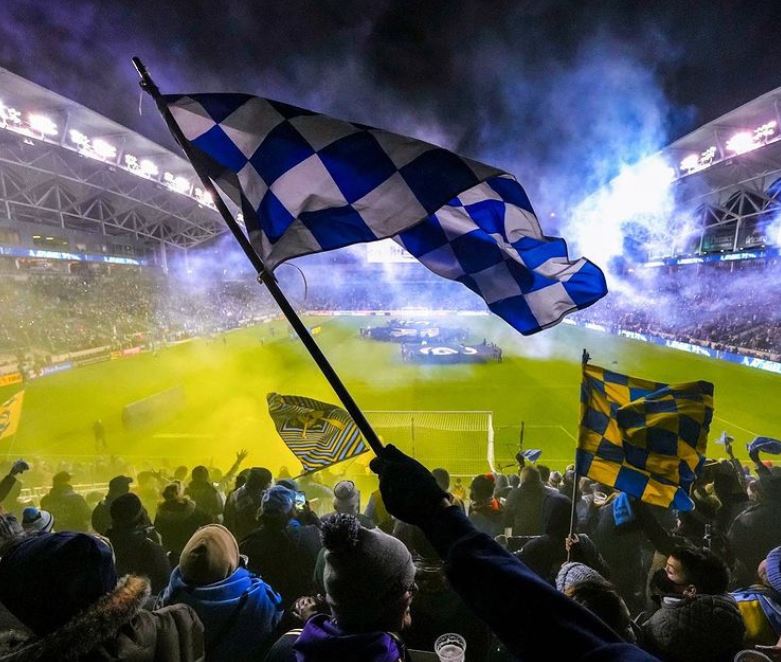 We’re back at it with an all new Morning Brew. The Philadelphia Union had a big playoff matchup on Sunday and unfortunately came up just a little short. Gardner Minshew and the Eagles beat the Jets and looked pretty good doing it. Major League Baseball is in a lockout. The College Football playoffs are set. We have this and so much more to cover this week, so let’s get to it. It’s Brew time!

We always fight til the end, Philly, we got this! 💪#DOOP pic.twitter.com/OQYAHQojXy

The scene was set

Even while missing 11 players due to Health and Safety protocols, the Philadelphia Union took the lead in the Eastern Conference final!

The goal that ended it

Union players getting a huge send off by River End. #DOOP pic.twitter.com/1bRfgx9Rks

Flying into the bye week with a W!@UnibetUS | #FlyEaglesFly pic.twitter.com/tog1XDkwUn

Gardner Minshew got the call on Sunday

.@GardnerMinshew5 goes deep for his first TD with the @Eagles! #FlyEaglesFly

Another TD from Gardner Minshew to Dallas Goedert! #FlyEaglesFly pic.twitter.com/vbl7CJroGj

Mood after the Birds win

You want to see how much this win and this moment meant to Gardner Minshew?

This is @GardnerMinshew5 after the game with an emotional moment with his dad, who tries to make it to every one of his games
🔥🔥❤️❤️ pic.twitter.com/lxOtlBmYrz

How’d we do with our picks this week?

What the players want

Major League Baseball players want change, and union lawyer Bruce Meyer is fighting to deliver it. “The other side is not going to be happy with me.”https://t.co/6CNen0RIQO

This has been brewing

For anyone wondering how long this lockout has been in the offing … wrote this five years ago today. https://t.co/GIfadFCLvt

MLB used two different balls this year without telling clubs or players, per @BWDBWDBWD. Hugely fucked up, and a massive labor issue just as baseball is about to go to labor war: https://t.co/ygf6KVZ1ic

The Phillies finally made a move

Well what do we have here, Tucker?

This sounds about white coming from Boebert

NEW: Another video shows Lauren Boebert suggesting Ilhan Omar was a terrorist at an event in September.

“I said, well, lookey there, it’s the Jihad Squad…She doesn’t have a backpack, she wasn’t dropping it and running so we’re good,” Boebert said.https://t.co/q9CjClMjgF pic.twitter.com/yWcArnhFe9

This is what Conservative rhetoric leads to

DeSantis wants to establish his own Proud Boy Militia

Gov. Ron DeSantis traveled to Pensacola to announce his proposal for a state budget increase of more than $100 million to better fund the Florida National Guard and re-establish a Florida State Guard civilian volunteer force. https://t.co/JI1OoBMm4C

Bob Dole has passed away

It is with heavy hearts we announce that Senator Robert Joseph Dole died early this morning in his sleep. At his death, at age 98, he had served the United States of America faithfully for 79 years. More information coming soon. #RememberingBobDole pic.twitter.com/57NtGfqtmL

The trial of Ghislaine Maxwell is under way

Ghislaine Maxwell’s criminal trial got under way, with a prosecutor saying the British socialite lured underage girls for the late financier Jeffrey Epstein to sexually abuse, while a defense lawyer urged jurors not to turn Maxwell into a scapegoat https://t.co/yFEZCBfxOU

“Jane” speaks about being introduced to the Pig Donald Trump

Jeffrey Epstein accuser “Jane,” who said that she was introduced to Trump when she was 14, finished testifying today in the sex-trafficking trial of Ghislaine Maxwell https://t.co/mKf23f6B6S

We are not a serious country

New: Dr Oz is expected to soon join PAs US Senate race. Perhaps as soon as this week according to PA Republicans familiar with his plans https://t.co/79SpJDZuVg

Sorry Jim, I prefer not to be lectured by guys that cover up sexual abuse

We can’t just ignore a lethal pandemic, Gym. It’s not like a wrestler being molested or something.

Another week, another school shooting

Michigan prosecutors are charging a teen with terrorism in a deadly mass shooting at his high school. The unusual approach was made possible by a law enacted after the 9/11 attacks. https://t.co/fJS1opvqZr

Here’s the mom of Ethan Crumbly, the 15-yo who shot and killed a bunch of his classmates with a gun his father had bought on Black Friday…https://t.co/UqNDO7piAl

“Michigan Gunman’s Parents Had Been Called Into School on Morning of Shooting” pic.twitter.com/NUfxLNIaqL

Dude wtf is wrong with you? https://t.co/x86nscPoX8

Dave is such a hero (insert blank stare)

Yes I deleted a tweet which I usually never do. Felt wrong letting Keith highjack a tragedy for his relevancy. Going to bed.

Keith Olbermann Uses a HS Kid’s Heroic Sacrifice as an Excuse to Launch an Attack on Barstool with the Worst Tweet of All Time. It Does Not Over as He Had Hoped. https://t.co/r7bUwXysl3 pic.twitter.com/CjoMqyPh8J

Today would have been Large Marge’s 84th birthday… if it hadn’t been for that WRECK! 🚚 👀https://t.co/kJ8BJgEgJ2 pic.twitter.com/x77Fe7GIx0

Adventure through the Mushroom Kingdom to save Princess Peach from Bowser’s clutches as a paper-thin version of Mario!

Rihanna is honored as her home country’s National Hero 🧡

Olivia Rodrigo’s first single, “Drivers License,” set a one-day record on Spotify, with more than 15 million streams, then beat that number the next day en route to becoming the fastest song to surpass the 100 million mark https://t.co/48iFfzN1sp #Bloomberg50 via @BW

Bizzy Bone is a mess

Wowwwwwww Bizzy what are you doing #Verzuz pic.twitter.com/uTjfZ6mOnL

Lil’ Wayne made an appearance at Verzuz

‘Concerning’ asteroid will break into Earth’s orbit in a week: NASA https://t.co/KrswAXRZoS pic.twitter.com/xcxLqwxQIM

Looks like Austin Theory is getting the Vinny Mac rub

Lesnar vs Reigns at Day 1

The Search Is Over

Brian Kelly has been named the next LSU Football coach! pic.twitter.com/AaZBOE2koc

Dan Wetzel nails it. Remember, college presidents run college sports, and this is the way they do business. The next time any coach, AD or president complains about NIL or the portal…kindly shut up. Same goes for their constant lectures on integrity. https://t.co/Y4uF5BixJy

Please join us in welcoming @Marcus_Freeman1 as the 30th head coach of Notre Dame Football!#GoIrish pic.twitter.com/PVaPuPhukp

USC gets their guy

We got our guy.

What a fake slide

ALABAMA TAKES DOWN NO. 1 GEORGIA TO REPEAT AS SEC CHAMPIONS!@AlabamaFTBL 🏆 pic.twitter.com/4OfYvDNouZ

This ball traveled in the air from the Michigan 19 to the Iowa 35 yard line. Unbelievable pass from a running back pic.twitter.com/SbP6g2ZQpH

Alabama vs Cinderella in one Playoff Matchup

Our @CFBPlayoff Semifinal at the 86th Goodyear Cotton Bowl Classic is set!

Michigan vs Georgia in the other Playoff game

They finally did it!

Congrats to the Lions for their first win of the season

THE LIONS DID IT pic.twitter.com/Mqeq92R4wm

From the f’n stands!

Fan view of Steph’s shot from the stands last night. 😱 🔥