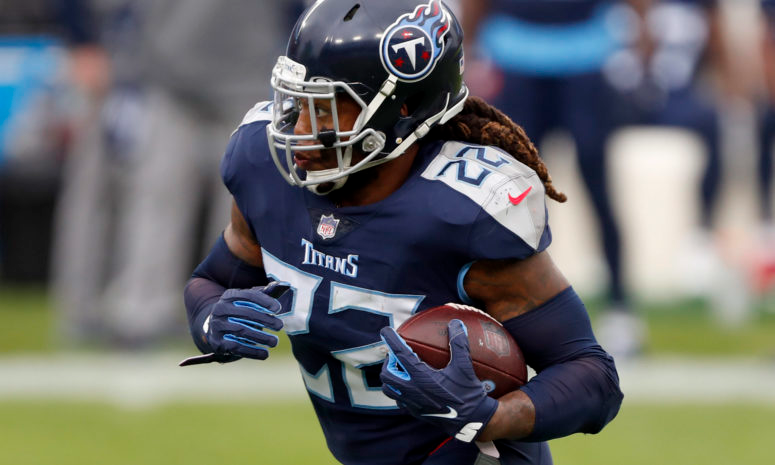 Sadly, our Eagles are with the other 24 teams in the National Football League’s off-season now, but I must say, this is an exciting field of eight that we have remaining this season. We have young players like Joe Burrow and Josh Allen trying to establish themselves as members of the league’s elite. Past champions like Aaron Rodgers, Patrick Mahomes, and, of course, Tom Brady looking to add another trophy on his extremely overcrowded shelf. Lastly, we have teams that are built not around the quarterback, but defense and other skill positions, like Derrick Henry with the Titans and Kyle Shanahan’s run game for the 49ers. It is shaping up to be a great weekend, and I, for one, can’t wait for it to kick off.

Let’s dive into the plays:

Our first match-up is between the Bengals and Titans, and while it might be the least appetizing game on paper this weekend, I’m expecting big things from this one. The Bengals have been hot lately, covering in five straight games while getting wins over the Chiefs and Raiders, with the latter being the first Cincy playoff win since the invention of the text message. Burrow is quickly establishing himself among the league’s elite, and having weapons like Ja’Marr Chase and Joe Mixon certainly doesn’t hurt. The Bengals roll in as 3.5-point underdogs to Tennessee.

The Titans will have Derrick Henry return to the lineup, which has to be music to their ears. Henry has been missing since Halloween weekend, and the Titans still managed to hold onto the top seed in the conference, which is very impressive. That being said, I do have questions about the level of competition the Titans played down the stretch. Since mid-November (specifically 11/14), they have wins over the Saints, Jaguars, 49ers, Dolphins, and Texans. The only team that really stands out there would be the 49ers as a quality win. During that same timeframe, they lost to the Texans (yuck), the Steelers (OK, but not world-beaters), and were blown out by the Patriots, 36-13.

We saw last weekend that teams that weren’t playing/beating high levels of competition heading into the week (Patriots, Eagles, Cowboys, and Cardinals) really struggled, and I think Tennessee might just fall into this category. The Bengals have been better, and have proven more to me in the second half of the season. I also don’t think it’s fair to assume King Henry is back to 100% after this stretch of missed games, and that’s being factored in too much for the spread.

Bonus play: Both of these teams are built around offense more than defense, with both offenses being top 10, and defenses being below average by comparison. While I don’t think Henry is dominant, he does give the Titans an extra weapon back. I don’t think Tennessee will being slowing down burrow and company either.

Take over 47. Check out the latest odds here.

This is my most confident game on the weekend: I smell a blowout in Lambeau.

Aaron Rodgers is likely the NFL MVP, the Packers have the better defense in this match-up (not by a ton), and they are coming off the bye week, while the 49ers will be on the road for the third straight week, in what will be their third straight elimination game. The Packers are better on both sides of the ball, and that’s not meant to be a cut on the 49ers, as Green Bay is a top five offensive and defensive unit, respectively.

The 49ers’ defense is also a top 10 unit, but history tells us Rodger’s Packers shine in these situations. We all know their struggles in recent NFC Championship Games, but this isn’t the NFC Championship. In Rodgers’ last seven playoff games in the Wild Card or Divisional rounds, he’s 7-0 ATS. This bye week prep time for a team that is already superior will make this game too much for San Francisco to handle, and I don’t buy in that Jimmy G will be able to even sniff Rodgers in a shootout.

Am I really gonna do it? Seriously? I’m I really about to sell you on betting against Sir Brady in the NFL Playoffs? I don’t know if I’m going to succeed convincing you, but let’s give it a shot.

The Bucs absolutely demolished the Eagles last week from start to finish. There were no if, ands, or buts about it. They were the better team playing an inferior team. That being said, the injuries the Bucs have are no joke. They’ve lost Chris Godwin for the year, Antonio Brown is gone, and we still don’t know if Leonard Fournette will suit up this weekend as of this writing [and if he does, I feel safe assuming he’s not at 100%]. Just because Tampa Bay didn’t need those three against the Eagles doesn’t mean they can just cruise by another playoff team.

On the other side, you can say what you want about Matthew Stafford, but I can tell you this: he will be the second-most talented quarterback Tampa Bay has faced since September (the last time these two teams met). Josh Allen is the only better quarterback Tampa Bay has played since then. Here’s a list of the QBs that the Bucs have faced since October: Mac Jones, Tua Tagovailoa, Jalen Hurts (2), Justin Fields, Jameis Winston, Taylor Heinicke, Daniel Jones, Carson Wentz, Matt Ryan, Taysom Hill, Cam Newton (2), and Zach Wilson.

Stafford may have had a few dismal weeks to close out the regular season, but he’s easily better than those other quarterbacks in that list.

These Rams beat the Bucs back in September, and the main thing that’s happened since is the Rams have added talent (OBJ, Von Miller), and the Bucs have been hit with injuries. I think the Rams showed last week that all the pieces are finally melding together, and I believe in them to succeed this week.

This very well could be the best game of the playoffs. You have arguably the two most exciting quarterbacks in the league in Mahomes and Allen going head-to-head with so many weapons on each side to support them. Part of me thinks it’s a shame that they have to meet this early and not a round later for a spot in the Super Bowl, but I’m overall just happy we are getting it at any point.

Let’s start with the Chiefs. I don’t think it’s a huge stretch to call them the hottest team in football over the second half of the season. Before a Week 17 loss to Cincinnati, they hadn’t lost since October, winning nine of their final 10 games to close out the season. We know the dynamic offense with Mahomes, Kelce, and Hill as the Big Three, but this year’s Chiefs team has a good, if not great, defense. I’m surprised to say this – probably because this team has been to two Super Bowls, winning one of them – but it’s arguably the most complete KC team we have seen in the Mahomes era.

The Bills have a very strong case as the best defense in football. They allowed the fewest points per game this season, and were especially dominant against the pass. Buffalo is also coming off arguably the biggest franchise win since 2000, with their absolute domination of the rival Patriots on Wild Card Weekend. The Bills have been a little streakier than some would have liked this season, but they have won five straight coming into this match-up, and arguably are playing their best football of the season.

I told you earlier that the Packers were my most confident pick – and just for transparency, this is my least confident – but I still KC ATS enough to make the play. You could make a case for either side here, but I’m going to ride with reigning AFC Champions. The Chiefs are 5-1 ATS at home in the playoffs over the last two seasons, and their only non-cover was against the Browns, a game where Mahomes was hurt for the second half. As much as I love Allen and the Bills, I simply can’t ignore only laying 1.5 points with Mahomes and the Chiefs at home in the playoffs.

Let’s get some more wins! Good luck to all!