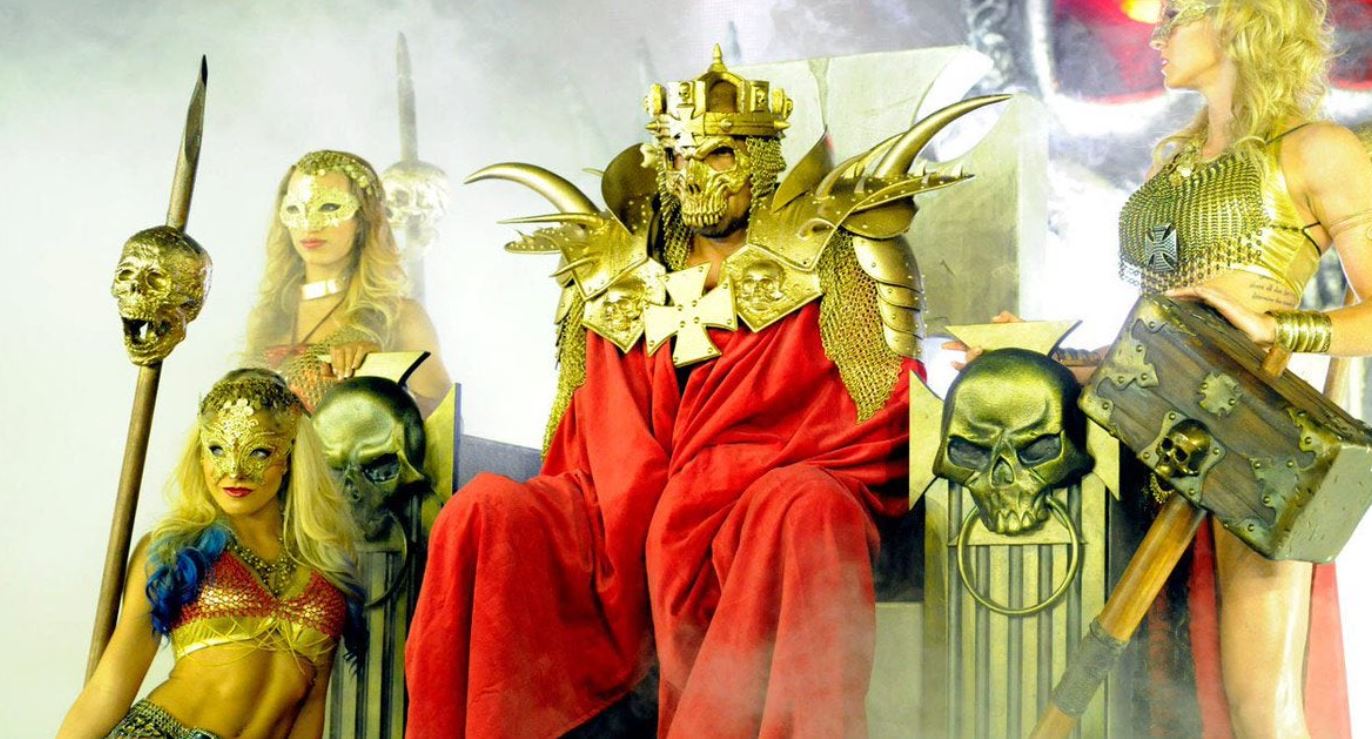 We’re back with a new Brew. The Villanova Wildcats are heading back to the NCAA Final Four after doing away with Houston. Heart issues force Triple H to retire from in-ring competition. The iHeartRadio awards were fantastic. The Foo Fighters family lose one of their own. We have a lot to get to, so let’s get right to it. It’s Brew time!

Villanova advances to the Final Four in NOLA

NOVA TO NOLA! ✌️@NovaMBB wins the South Region and has booked its trip to the #MFinalFour for the third time in the past five tournaments. pic.twitter.com/dCobiXlkiU

The Wildcats took down Houston

Jermaine Samuels had 16 points with 10 rebounds as Villanova advanced to its third NCAA Final Four in the last six NCAA Tournaments with a grind-it-out 50-44 victory over Houston in the South Region final. https://t.co/GicMAmAFPP

The job is not done

Incredibly proud of how hard our guys have worked until this point – Staying committed to Villanova Basketball every step of the way . Job isn’t done ! pic.twitter.com/rnjpS7D04i

🎥🎤 Postgame Interview with @vucoachjwright following the 50-44 win over Houston in the Elite Eight! #LetsMarchNova pic.twitter.com/EKhTP1qTtj

The Jayhawks will also be heading to New Orleans

And as always, it’s a great day to be Kansas Jayhawk. pic.twitter.com/jXU7gXydww

Kansas smashed Miami and now have a date with Villanova

Duke is off to the Final Four

🚨 THE MOST FINAL FOURS ALL-TIME 🚨

“This is the GOAT right here.”

UNC vs Duke in the Final Four…period

And then four teams remained

Schwarber is ready to roll

Thank you for this incredible opportunity and ready to get things rollin! #RingTheBell https://t.co/cRViOcbmb5

The excitement for this season is real

You’re not dreaming. Nick Castellanos is a Phillie pic.twitter.com/C1ZvSipf5E

First hit with the Phillies for Nick Castellanos

Nick Castellanos earned his first hit in a Phillies uniform while the Blue Jays’ broadcast was discussing pitching coach Pete Walker’s DUI. You can’t make this stuff up. pic.twitter.com/RsKV2cyz8T

The young kids today are calling this move “mid”

Matt Ryan to the Colts

“Who’s this 99 guy on the Rams? I’m hearing he might be a problem for us.”https://t.co/Z7DDnLi8vT pic.twitter.com/oJgcA3c4DS

Al Michaels is getting a big pay day

“Republicans aren’t racist” they try to tell us

Here’s Senator Mike Braun saying that interracial marriage should be left up to the states. Its the year 2022 and a Republican senator is saying this.

Your reminder of who Raphael “Ted” Cruz is

What kind of father is Ted Cruz?

What kind of husband is Ted Cruz?

The Republican Party has turned its back on America! #GOPMustGo pic.twitter.com/Y4dLOWrgPz

“Pete Buttigieg can take his electric vehicles and his bicycles, and he and his husband can stay out of our girls bathrooms.”
pic.twitter.com/eaxOx9jHlf

How does this benefit society at all?

Madison Cawthorn this week: “My friend Charlie Kirk and I, we have a goal to try and quadruple the size of the home schooling population by the year 2035.” pic.twitter.com/P45mzwG7j2

A suspected DUI driver alleged to have fatally struck two Pennsylvania state troopers and a pedestrian on a busy Philadelphia freeway has been arrested and charged with murder, authorities say. https://t.co/4euNFnC1EC

“If you ask me, I’m the best drunk driver ever” Tweet by Jayana Tanae Webb ,21, charged with DUI killings of two @PAStatePolice and Allentown man just 9 weeks before. @FOX29philly pic.twitter.com/yZoY2MJqMS

How does this happen?

Foo Fighters drummer Taylor Hawkins had 10 different substances in his system at the time of his death, Colombian officials said https://t.co/VB6E9RUfWu

Daddy Yankee, the artist behind 2000s hit “Gasolina,” is retiring after one last album, “Legendaddy” https://t.co/MNBwLdasYx

50 Cent Calls Out STARZ Again: “6 Months Till I Have Anything New” https://t.co/XNFp6VVroK

When he was four, Ben Stelter was diagnosed with a brain tumour. A huge fan of the @EdmontonOilers, he stole everyone’s heart Thursday night as he stood on ice with his hero Connor McDavid and took part in the post-game media availability with Zach Hyman.https://t.co/7f3CNR7YaI

More on the Game’s retirement

Thanks to @TripleH for decades of entertainment. Whether in ring, out of it, or behind the scenes shaping the future via NXT, the man has provided us all with countless great memories that I’m incredibly thankful to have.

The “My Time” entrance theme for Triple H slapped

Triple H’s return in 02’ at MSG is still one of the coldest returns in wrestling history. Thanks for the memories man pic.twitter.com/XfEM3T5HGD

The Game responds to the well wishes