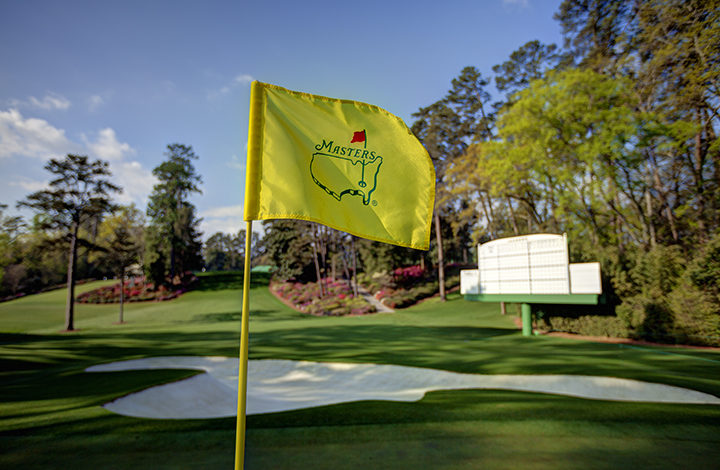 We’re back with a new Brew. It was Masters weekend, which is a tradition like no other and Scottie Scheffler took home the green jacket.  The Phillies started their season off right by taking two of three at home against the Athletics. Joel Embiid makes history. Let’s get right to it. It’s Brew time!

*NSFW* Tiger Woods is back

“Oh fuck off” Tiger Woods cursing at The Masters. He’s officially BACK pic.twitter.com/fFG7PjZPSD

Near Ace for Tiger

Tiger Woods back from the dead, almost aces the 6th…. pic.twitter.com/cOI5JkigNx

The Phillies get a W on opening day

What a day. What a game. What a WIN pic.twitter.com/GL1QuSqEvR

Mickey Moniak was a bright spot during the #Phillies spring training camp, but will now miss four-to-six weeks due to a wrist injury. https://t.co/xeeKz7JTZl

An emotional Bryce Harper steps to the podium to make a speech during pregame ceremony to celebrate his MVP season. pic.twitter.com/B7KxSQmcO4

Kyle Gibson led the Phils to another win on Saturday

The Atheltics avoided the sweep on Sunday

“Bro, I was depressed.” In a candid sit-down interview, Tyrann Mathieu says he wanted to return to the Chiefs but wasn’t offered a contract. https://t.co/QBXrkZMVZK

Rodney has joined the Colts

For everything on and off the field these last six years — thank you, @Rodney_McLeod4 pic.twitter.com/WZLexU0syQ

Congrats are in order for JoJo

He’s the first center to win the NBA scoring title since Shaq in 1999-2000! pic.twitter.com/iDKsjXr9WW

“…a Secret Service agent who is assigned to protect the First Lady.” Four agents were placed on leave earlier this week. US: 2 posed as agents, gave gifts to Secret Service officers | AP News https://t.co/3dCM8Tzzth

Applause broke out in Senate chamber as Judge Ketanji Brown Jackson became the first Black woman ever confirmed to sit on the nation’s highest court.

MTG is so dumb it hurts

Mitch McConnell has no morals

If you watch anything today, it should be @brianschatz absolutely dismantling Josh Hawley.pic.twitter.com/j1ic5t0P6l

Is Bragg just saying this to keep the heat off of him?

This was one of the most remarkable domestic terror cases in recent American history. The failure to secure convictions points to the difficulty in prosecuting such conduct in a country rife with political divisions. https://t.co/Fx2XnZY6We

Do you believe it?

US warship was chased by two car-sized ‘balls of light’ UFOs https://t.co/CrWFo9lH0W pic.twitter.com/fA9aor0L5x

More on the UFO front

The NFL family mourns the tragic loss of Dwayne Haskins and we extend our deepest condolences to his family and loved ones. pic.twitter.com/Ilf1LGzrPr

I have no idea what I just watched here

You out yo mind to think I ain’t learning his dance to do at the next event. He went off pic.twitter.com/4906PE7DHS

.@ImagineDragons will soon release the second half of “Mercury!” 😱🔥 https://t.co/YWR1eEP9qW

Rihanna bares her growing baby bump in a crop top on date night:https://t.co/0Ga8K34MBV

R. Kelly is not happy

The Union keep on rolling

SAY IT SING IT SHOUT IT OUT LOUD:

I guess Brujo put some ✨wizardry✨ on that cross and we are up early!#DOOP | #PHIvCLB 1-0 pic.twitter.com/6c62mvHq7Y

The Bloodline continues to dominate