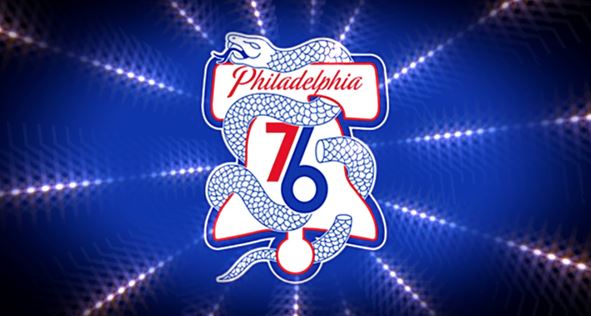 We’re back with a new Brew. The 76ers open up the playoffs in the first round against the Raptors. Will they make it to the second round? Cam Newton really put his foot in his mouth this week and is going to come to regret it. The indoor mask mandate returns to the city of Philly next week. A comedy legend has passed away. We have tons to get into, so let’s do this. It’s Brew time!

Are the Sixers heading for a first round exit?

It’ll be @Raptors vs. @sixers in the first round of the #NBAPlayoffs. 👀

The picks from ESPN

Excuse me while I vomit

The last time the Raptors & Sixers met in the playoffs, this happened…

How will the series turn out this time?pic.twitter.com/vp7858DVOs

Column: The Lakers’ best option for a coach who can wade into this wreckage and stop the bleeding?

Tom Brady to the Lakers next year on the veteran minimum contract?

I want the update on when this dude is picking up a basketball again. idc about his animal skin outfit https://t.co/imGULzwxrd

The Mets take two from the Phillies

Suzuki is going to be a problem

This won’t help Cam Newton get a QB job

NFL quarterback Cam Newton complained about women who “can’t cook” and “don’t know when to be quiet.”

“Now a women for me is, handling your own but knowing how to cater to a man’s needs.” https://t.co/Dzw3QMtpwI pic.twitter.com/WdYsetopRJ

Things appear to be getting worse for Dan Snyder

Congress to the FTC: Washington execs and Dan Snyder “may have engaged in a troubling, long-running and potentially unlawful pattern of financial conduct that may have victimized thousands of fans and the NFL” pic.twitter.com/mU9BKdooDW

You know Vince McMahon is thrilled about this

The Rock vs Roman Reigns teaser?

But please tell me more about Hunter Biden

Six months after leaving the White House, Jared Kushner secured a $2 billion investment from a fund led by the Saudi crown prince, a close ally during the Trump administration, despite objections from the fund’s advisers about the merits of the deal. https://t.co/FDlmrzvYdw pic.twitter.com/OHfyPVHsHN

Something tells me Comrad Carlson is lying again

Tucker Carlson, who’s previously refused to publicly say whether or not he’s vaccinated, boasted to a megachurch this month that he hasn’t gotten a single jab.

“I skipped the first three, I’m not getting that one either”https://t.co/DAxkj3xrHu

A gunman in a gas mask and a construction vest set off a smoke canister on a rush-hour subway train in Brooklyn and shot at least 10 people, authorities said. Police were scouring the city for the shooter and a rental truck.

This is just wild

Law enforcement officials say the person who tipped off police about the man wanted in the Brooklyn subway shooting was the suspect himself. Frank James called the NYPD’s tip line to say he was inside a McDonald’s restaurant in Manhattan.https://t.co/COMqvVcd3Y

Raymond Chiodini’s pictures, taken in the immediate aftermath of the shooting, give the clearest view into the carnage that spilled below Sunset Park on Tuesday morning https://t.co/YE4oDGOoJG

The indoor mask mandate will return

The official trailer for ‘STRANGER THINGS’ Season 4 has been released.

The first half of the season releases on May 27 on Netflix. pic.twitter.com/aJJZgnp2qq

Elon Musk not joining the board of Twitter after all

JUST IN: Tesla and SpaceX CEO Elon Musk has abandoned his plans to join the board of Twitter, CEO Parag Agrawal says. https://t.co/YGtmOIyfbI

The celebs come out for DJ Khaled

DJ Khaled received his star on the Walk Of Fame‼️⭐️ pic.twitter.com/2scuMNigH8

“It’s too much fun to get dressed up. I’m not going to let that part disappear because my body is changing,” says @Rihanna. https://t.co/HyMZvndjQz pic.twitter.com/7VL93oDR7Y

Rick Ross has a new show in the works

The Game wants the smoke from Eminem???

Selena Gomez is taking a stand

.@SelenaGomez is putting body shamers in their place. 👏👑 https://t.co/Bt5mCWyzDz

Can I be the photographer next time?