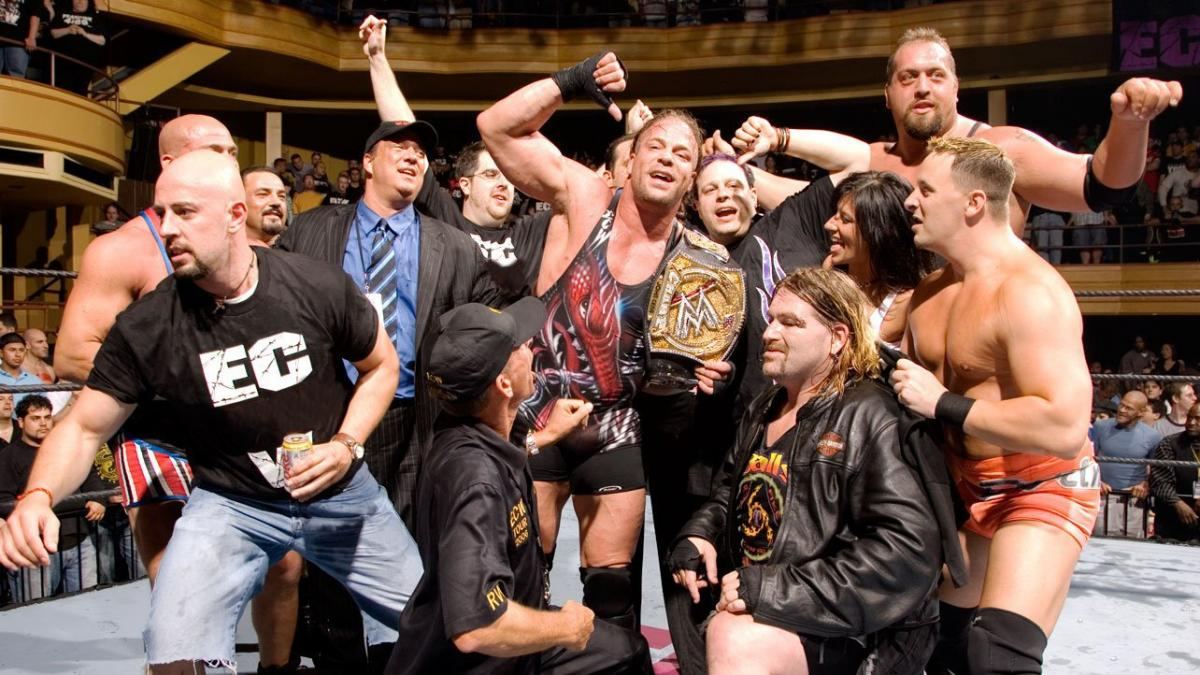 This week, we go extreme again and dive into the 2006 edition of ECW One Night Stand – which was the beginning of WWE’s ECW reboot.

Rob Van Dam would cash in his Money in the Bank briefcase that he won at WrestleMania 22 against WWE Champion John Cena in what was one of the most memorable matches of that year. For comparison, this crowd was just as hot for RVD/Cena as the Toronto crowd was for Rock/Hogan at Wrestlemania X8. That’s right… I typed X8.

But first, we talk about Cody Rhodes wrestling with a torn pec, Jon Moxley and Hiroshi Tanahashi vying for the AEW Interim World Heavyweight Championship, and more.