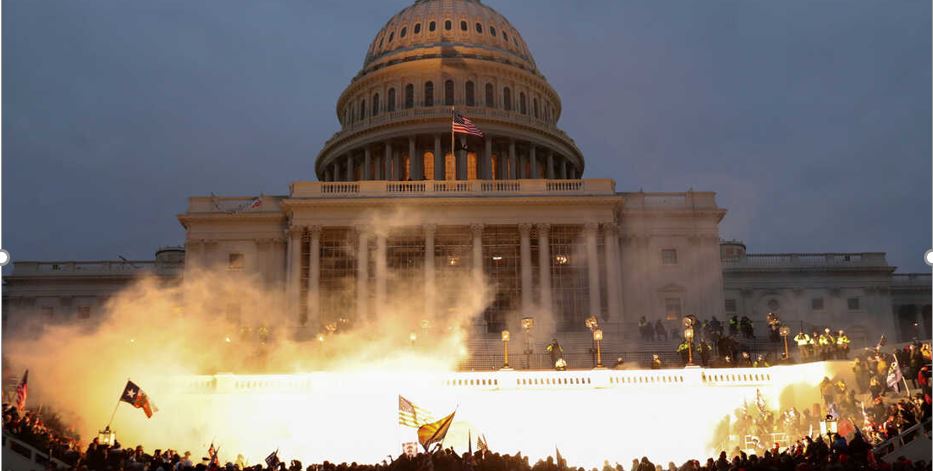 We’re back with an all new Brew. The January 6th committee hearings have started and are a reminder that Donald Trump and all that aid and abet him should be locked up in prison. Justin Bieber is dealing with a major health issue. The Flyers appear one step closer to hiring a new head coach. Inflation continues to be out of control. We have a lot to get into as always, so let’s do this. It’s Brew time!

A.J. Brown had to school this fella

Was A.J. Brown the best receiver to play for the Titans? 👀

The finalists for the Flyers head coaching job?

Hearing #Flyers have narrowed down their coaching search, per sources. Finalists believed to include Barry Trotz and John Tortorella.

This Rangers fan is trash

Angel Hernandez is currently appealing his lawsuit against MLB https://t.co/8a5rNFVDaC

Breaking: The PGA Tour has suspended the 17 players — including Phil Mickelson, Dustin Johnson and Sergio Garcia — who are taking part in the first LIV Golf tournament. https://t.co/SJt6GgfqjO

Mo Denegal gets the W in the Belmont Stakes

Daddy dearest will not be happy about this

Videotaped testimony of Ivanka Trump and Donald Trump aides was shown during the Jan. 6 hearing, in which they said the president was given information demonstrating not only that he had lost the 2020 election, but that the fraud he cited didn’t exist. https://t.co/vQNGVd8qFo

Kevin McCarthy is a scared Cuck, but we already knew this

Donald Trump is a piece of sh#t

Cheney says that Trump said of the “hang Mike Pence” chants on January 6, “maybe our supporters have the right idea. Mike Pence deserves it.” pic.twitter.com/PNUepX4kLY

“Dust up at the Capitol” pic.twitter.com/HohBkHuF0v

Commanders defensive coordinator Jack Del Rio called the Jan. 6 Capitol riots a “dust-up.” @mikefreemanNFL writes that he’s not only wrong, but Del Rio’s words are dangerous, providing another example of why the franchise is so problematic. https://t.co/XzHNMJM7nT pic.twitter.com/qhiMgb2Ye5

Pennsylvania does have a bunch of deplorables in it

Take a look at some of the key Pa. moments here. https://t.co/lQ00oHYzUD

Lock the scum up!

Inflation rises at fastest pace since 1981, pushed up by record gas prices https://t.co/WWj3rIXPtz

Small business owners who use services like PayPal and Venmo for payments previously could, in theory, avoid paying taxes on money earned there if they made less than $20,000.

But a new IRS rule is changing all of that. https://t.co/jfyx8FDNCj

This passion project has become my DNA and the hierarchy of power in the DC Universe will change.

The world needed a hero.
It got BLACK ADAM⚡️

Jay-Z and @jack are teaming up to launch a new financial literacy program called The Bitcoin Academy for residents of the Marcy Houses project in Brooklyn, where the rapper grew up. https://t.co/DSrtP0mDmp

Justin Bieber reveals he is suffering from facial paralysis, a symptom of Ramsay Hunt Syndrome:

Peaky Blinders is back

UK viewers can continue to watch season 6 on @BBCiPlayer

No OnlyFans for Paige Spiranac?

Paige Spiranac reveals why OnlyFans would be ‘career killer’ for her https://t.co/pQ435Um4FI pic.twitter.com/pLJU2vOIjz

Some treats for ya

Your Weekly Helping Of Tidday Meats & Treats On The Gram https://t.co/PyyvPbniBT pic.twitter.com/kDY12FwDI4

Jennifer Aniston on the #Friends reunion: “Every time we all get together, it’s just like no time has passed. We basically grew up together, and taught each other a lot.” https://t.co/rRF6CPT9wz pic.twitter.com/0HP28EEd0a

Um so yeah…this is a must watch video

Jennifer Lopez was not happy that the NFL made her and Shakira co-headliners at the 2020 Super Bowl halftime show. https://t.co/ljv3iZZkaj

Roman Reigns vs Riddle on Smackdown next week