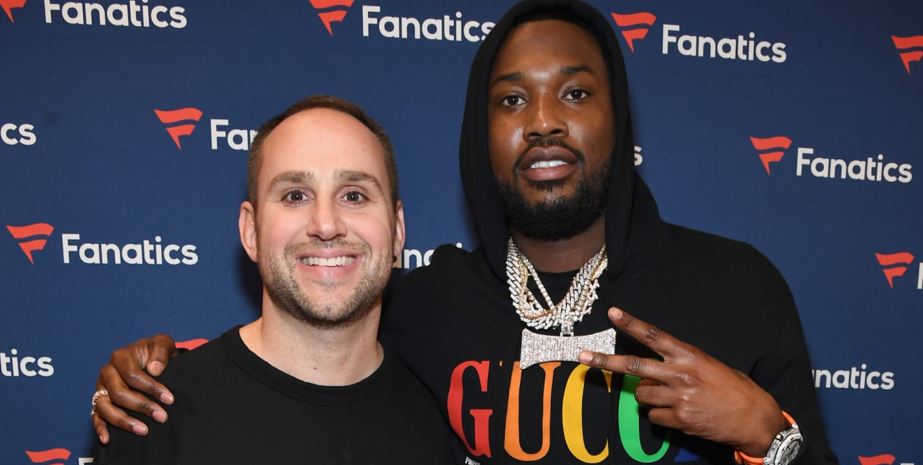 We’re back with an all new Brew. Michael Rubin is selling his stake in the Sixers.  The NBA draft is tonight. Dick Vermeil makes the right decision. Rob Gronkowski retires. Drake responds to criticism about his new album. Beyonce releases a new song. We have a lot to get to, so let’s do this. It’s Brew time!

NEW: Dick Vermeil makes a decision as to which team he will be associated with when he enters the Pro Football Hall of Fame in August. Here’s more on the latest #Eagles inductee:https://t.co/7OFSMtv1fM

“When you a coach and talking about somebody can’t learn, you’re seeking comfort because your teaching is struggling”

The @patriots announced that they are bringing back their classic red throwback uniforms for select 2022 games 🤩 pic.twitter.com/ydoMESS8gE

Will the Sixers wheel and deal?

Sixers are looking for a trade partner to deal Matisse Thybulle and the 23rd pick in the draft Thursday night, according to @wojespn @PompeyOnSixers

Sixers are hoping to sign PJ Tucker to a 3 year $30 million deal when free agency starts, according to @PompeyOnSixers pic.twitter.com/J1VXqVI4l4

Michael Rubin to sell his stake in the Sixers

Yeah…this certainly was not a good trade

Four years later, the #Sixers’ draft-day trade of Mikal Bridges for Zhaire Smith looks worse than ever https://t.co/yaDoMRUGlx via @phillyinquirer

Jerami Grant is joining Dame and the Blazers. 😳 pic.twitter.com/MAxpOMrX9f

Draymond Green with a middle finger to the haters

Draymond Green at the end of his speech: “Thank you all, and it’s always fu*k everybody else.

Kyrie Irving to the Lakers?

Sources: Kyrie Irving, Nets are at impasse in conversations about his future in Brooklyn, clearing way for the seven-time All-Star to consider the open market. Lakers and Knicks expected to emerge among potential suitors.

Inside Pass at @TheAthletic: https://t.co/VbOOtrzdTB

The Vezina Trophy goes to none other than Igor Shesterkin, a stalwart in goal all season long 🔒 pic.twitter.com/Wp9nCJdAlO

“The on-scene commander chose to put the lives of officers before the lives of children. The officers had weapons, the children had none.” pic.twitter.com/g4SNR3DDrv

As the U.S. looks ahead to the 2022 midterms, false claims of widespread fraud in the 2020 presidential election continue to spread.

Despite the ongoing claims to the contrary, the election was valid and President Joe Biden won:https://t.co/wjZ8qCngkZ

GOP Senator Ron Johnson of Wisconsin wanted to hand deliver alternate, fraudulent electors to Vice President Mike Pence ahead of the joint session of Congress, according to texts the committee provided. https://t.co/rJUy1QyqzK pic.twitter.com/4iyxBLCbbr

While showing photos of black people drinking, Newsmax host Greg Kelly says the Juneteenth holiday is just an excuse for people in “urban areas” to drink, get high, smoke weed, and riot. pic.twitter.com/nz4L9aMld2

President Biden will call for Congress to suspend the federal gas and diesel taxes for 3 months. @EamonJavers reports. https://t.co/q8A4WQuLhN pic.twitter.com/GJBOmm6GgJ

🥳 Children 6 months – 5 years can now get vaccinated against COVID-19! Here’s where they can get their vaccine. ⬇️ https://t.co/cOE7vLnBPx

Umbrella Academy is back

it’s the moment we’ve all been waiting for. Season 3 of The Umbrella Academy is now streaming, only on @netflix. pic.twitter.com/tWuenIxk8s

Drake responds to the negative feedback

Drake appears to have responded to the mixed reception of his new album ‘Honestly, Nevermind’, saying that it’s “all good” if people don’t “get it” yet.https://t.co/Tk1cIb73Cw

I’m not impressed with this track

Beyoncé dropped her new single “Break My Soul” ahead of her upcoming “Renaissance” album. https://t.co/tn9pOBlxgv

Dipset trying to redeem themselves after their Verzuz “battle” with the LOX?

Logan Paul speaks on the Rock

#LoganPaul says #TheRock abandoned him at his lowest but reached out recently because he’s back on top pic.twitter.com/4PgNouST3F

Messy season coming up on the Jersey Shore?

.@itsthesituation, @JENNIWOWW & @DeenaNicoleMTV say that when “anyone’s decision in our group affects others … somebody’s going to call you out.”
https://t.co/PfWrrsnYyh