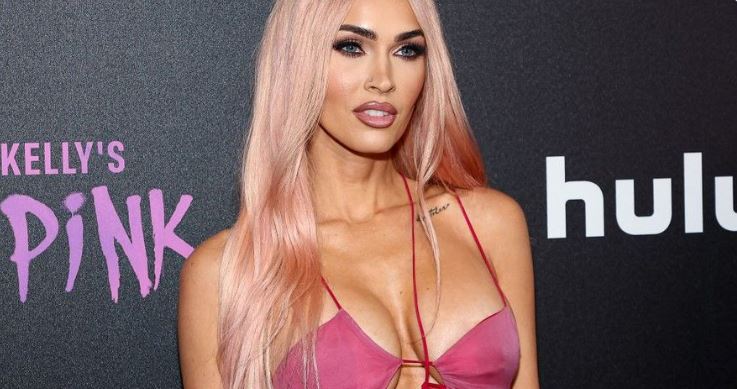 We’re back with an all new Brew. NBA free agency is upon us. Will the 76ers make a splash? The January 6th hearings continue to show what most sane people already know and that’s that Donald Trump is a waste of semen. John Cena returned to RAW. Megan Fox has a new look. We have a lot to get to as usual, so let’s do this! It’s Brew time.

76ers‘ 10-time All-Star James Harden decides to opt out of $47.4 million deal for 2022-23, provide flexibility to the franchise as he fully focuses on title run. @TheAthletic story: https://t.co/NqxzzNBPp9

PJ Tucker will choose the Sixers’ three-year, $30 million offer over opportunities to remain in Miami or go back to Milwaukee, per @PompeyOnSixers pic.twitter.com/zkTe6W0glV

Will the Black jerseys ever come back?

25 years ago this month, the Sixers ditched red and blue for black and gold as they revolutionized their uniforms with the help of Allen Iverson.

The throwbacks aren’t returning this coming season, but they probably will in the near future. https://t.co/iYOLAeoYgp

The Hawks land a stud

The Hawks are dealing Danilo Gallinari, three first-round picks and a future pick swap to the Spurs for Dejounte Murray, per @wojespn.

Kyrie Irving on the move?

John Wall to the Clippers

John Wall plans to sign with the Clippers 👀 pic.twitter.com/rVp3nAz9Se

Settle down there, champ

Miles Sanders: We feel unstoppable, like an all-star team. https://t.co/bRWcV0czNT

In 2023, the ACC will adopt a 3-5-5 football scheduling model and all 14 schools will compete in one division.

Teams will play 3 primary opponents annually + face the other 10 teams twice during the 4-year cycle, once at home and once on the road.

Scooped one up on Sunday and have been dreaming about those 5-layers of heaven ever since! 👼
Swing by @RitasItalianIce this holiday weekend and get the 5-Layer Gelati! #Ad #RitasIce pic.twitter.com/YC6GMr4jKf

Donald Trump is the enemy of America

At the Jan. 6 hearing, ex-aide Cassidy Hutchinson quoted Donald Trump as saying, ‘Take the effing mags away; they’re not here to hurt me,’ as he dismissed Secret Service’s concerns of supporters armed with guns at his rally preceding the U.S. Capitol riot https://t.co/WPuIWvw7YP pic.twitter.com/cyzTXAoAji

Here are the takeaways from the testimony

Cassidy Hutchinson, a former White House aide, testified before the Jan. 6 committee on Tuesday, providing crucial insight into what Donald Trump was doing and saying during the attack on the Capitol.

Here are six main takeaways from her testimony. https://t.co/ArjIwljsWf

Bret Baier crushes Trump on Fox after the hearing, leaving his guests in stunned silence when he is finished. Very satisfying watch. “He says she’s lying. Cassidy Hutchinson is under oath, on Capitol Hill. The president is on Truth Social.” pic.twitter.com/frWFAguy4E

Those that aid Trump are scumbags

Liz Cheney reads statements from witnesses about the pressure they got from Trumpworld ahead of their testimony before the Jan. 6 committee pic.twitter.com/FyXLCFwaWt

NEW: Lawyer for Ginni Thomas Said She Will Not Testify to Jan. 6 Panel.

Jeffrey Epstein’s accomplice Ghislaine Maxwell was sentenced to 20 years in prison and ordered to pay a $750,000 fine for sex trafficking https://t.co/Vc3rjM4ndB pic.twitter.com/opdXMSSG16

R. Kelly was sentenced to 30 years in prison Wednesday in Brooklyn federal court.

He again came face to face with his accusers during a sentencing hearing in New York federal court as several women recounted the pain he inflicted on them.

Biden is unlikely to take up the bold steps to protect women’s right to have an abortion that Democratic lawmakers have called for in recent days, reports @nanditab1 and @TrevorNews https://t.co/bntpYpbaPp

Bengals QB Joe Burrow shared his this post on IG about the Supreme Court’s ruling in the Dobbs case on abortion: pic.twitter.com/h9ZNANh7YV

The FBI is considering whether it can use the Mann Act, a law for which violations do not have a statute of limitations, to charge priests who allegedly took children across state lines to molest themhttps://t.co/YYVLLLVpzU

TikTok is not just another video app.
That’s the sheep’s clothing.

It harvests swaths of sensitive data that new reports show are being accessed in Beijing.

I’ve called on @Apple & @Google to remove TikTok from their app stores for its pattern of surreptitious data practices. pic.twitter.com/Le01fBpNjn

‘We want to be able to survive’: Atlantic City casino workers to strike over wages https://t.co/tkiSkY72ml

Yes! I need some…

Krispy Kreme Is Giving Out Free Donuts Every Day This Week for July 4th https://t.co/wxYfu1V0x8

.@CalvinHarris announced that his album ‘Funk Wav Bounces Vol. 2’ is coming on Aug 5 — and it features a laundry list of A-list collaborations. https://t.co/ayTI2da5ql

This is a disgrace

A Philadelphia man is facing a long road to recovery after his wife say he was robbed and badly beaten by a group of teenagers while he was walking to a concert. https://t.co/QSqwYofsIi

A 21-yr-old woman was killed at the Philly Bar & Restaurant on Welsh Rd in the Northeast. Investigators say a guy, who was kicked out, fired shots into the bar from a distance in the parking lot. The victim was in the back of the place and was hit with a stray. @KYWNewsradio pic.twitter.com/jYecs2PO1r

Jussie the liar Smollett shows up at the BET Awards

Jussie Smollett is back in the limelight just 3 months after getting released from prison … after attending the BET Awards and getting incredulous reactions online. https://t.co/RqDCRMXrRb

Ariana Grande is dealing with a nut case

Who banged who on Vanderpump rules?

When viewers were introduced to staff at Lisa Vanderpump‘s restaurant during #PumpRules‘ 2013 premiere, it was clear everyone was intertwined in one another’s love lives. https://t.co/6LmdSxIlzC

My latest for @nymag is a profile of the elusive Rita Chatterton, the first female referee in the World Wrestling Federation. She says Vince McMahon raped her in 1986 — and an ex-wrestler is now corroborating her story: https://t.co/EVW78l2ZpK

John Cena returned to WWE and addressed fans on the 20-year anniversary of his WWE debut. 👏

What an incredible 2️⃣0️⃣ years it’s been for @JohnCena in WWE. #CenaMonth pic.twitter.com/AKRsguCuCl