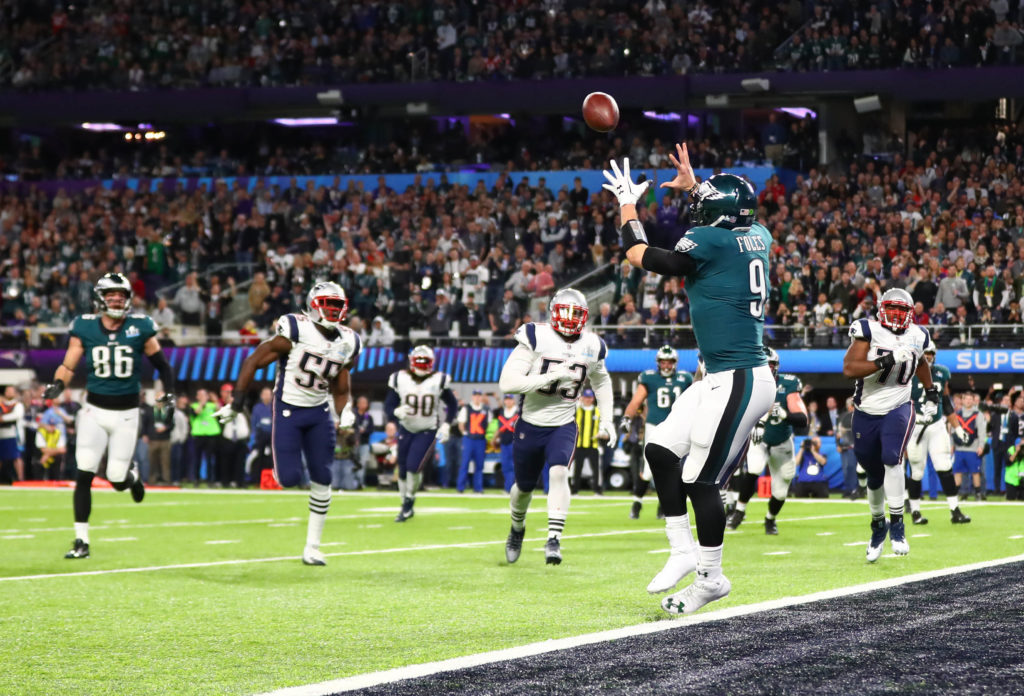 The NFL is filled with a range of game-changing events which have the potential to alter NFL odds over time. Because the Super Bowl is the most iconic part of the season, there are many moments that have changed the record for professional teams within the venue.

Athletic players have incredibly high standards to reach, which are constantly changing. Not only that, but they must work efficiently with their team members in order to achieve a win. One of these unforgettable moments within the Super Bowl became known as the Philly special. Here is a look into this, and every player that was involved.

Firstly, the Philly special took place during the Super Bowl LII, and it was one of the most iconic moments for the Philadelphia Eagles in 2018. The New England Patriots had won the previous Super Bowl LI. Thanks to the moves of Clement, Burton, and Foles, the Eagles were able to knock the reigning champions of the Super Bowl off the top of the leaderboard.

This is even more impressive considering that the Patriots, who were coached by Bill Belichick, had none other than Tom Brady as their frontman. He is a force to be reckoned with, and it isn’t hard to see why the Patriots had won most of their games when they had Brady leading them.

This Super Bowl set many records, including the most yards gained in the NFL by both teams combined. The Patriots also scored the most points by a losing team at a Super Bowl, which really made the efforts contributing to the Philly special stand out even more.

Clement’s achievements carrying out the Philly special stand out against his teammates, as this took place during his rookie season. He was the main running back at the time, and had scored his first ever touchdown in the NFL previously in the same season.

Burton played a crucial role in the Philly special, and as one of the NFL’s shortest tight ends was able to do this easily. However, this tight end’s height should not fool you. Burton has a record for reaching incredible speeds, as well as jumping height. The Philly special took place during Burton’s final season with the Eagles, which makes the player stand out even more.

Having started for the Eagles on multiple occasions building up to the Philly special, Foles led the franchise to a great deal of success during his time with them. This was especially clear during the Super Bowl LII. Foles became the first player to throw and catch a touchdown pass during a Super Bowl, and helped orchestrate the iconic Philly special.

So what actually happened? The Philly special was the name given to the intense collaboration between Clement, Burton, and Foles. Towards the end of the second quarter during the Super Bowl LII, Foles moved behind his offensive line, which was the start of this iconic move.

The Eagles’ defense alone allowed the fourth-fewest yards in the league, which certainly helped them to carry out the Philly special. Foles could then be heard yelling “kill, kill” as he was carrying out his plan. With Foles staying on the right side of the offensive line, Clement snapped up the ball and immediately ran left.

Then, Burton caught the ball and completed a reverse to the right side of the field. By this point, Foles needed to run all the way to the end zone in the right corner without getting intercepted. Burton threw the ball to Foles, and he did just that. The Eagles’ score of 22-12 was then maintained until halftime.

Something that many were amazed at was the teamwork and cooperation that was demonstrated on the field. This is because Burton was technically undrafted by the Eagles, but Foles needed Burton as much as Clement to carry out this iconic moment. It truly decided the game for them, and many credited Foles for taking a considerable risk since it paid off substantially.

However, some credit should go to the Eagles’ coach who was in charge of calling this move. Doug Pederson was introduced to using wide receivers to score touchdowns in this way by former Bears coach Mike Groh.

There have been several instances where a very similar approach has been taken during previous as well as recent Super Bowls. However, the Philly special stands out as one of the most clean cut examples of efficient teamwork and cooperation.

The Philly special gained a huge amount of attention from enthusiasts and other NFL team members alike. Coaches also began to take note of Foles who was able to carry out this move in a swift and efficient way.

Although Foles went on to join the Colts during later years, he is widely regarded as an icon for the Philadelphia Eagles. Consider the latest developments to see if a similar move has been done. This truly has potential to completely change the play of a game, especially if it takes place in the Super Bowl.