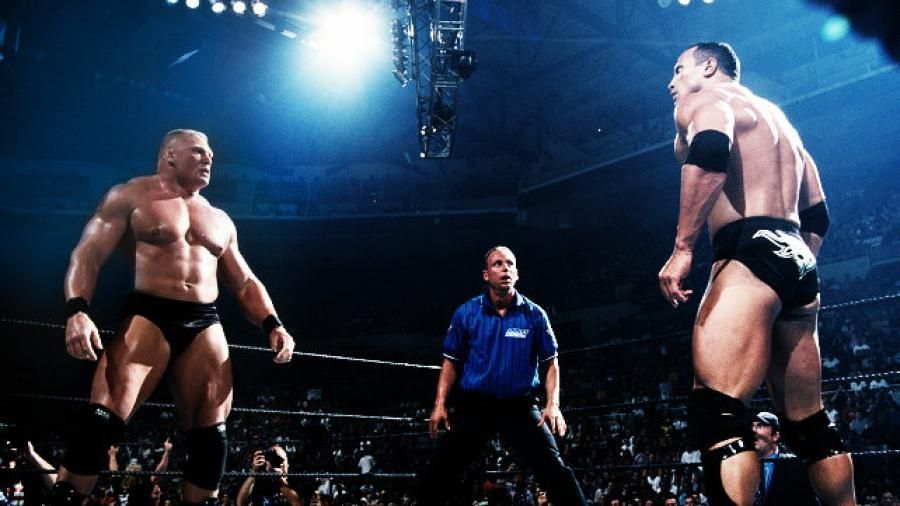 This week, we head back to 2002 for another Patreon request. Remember, you can sign up at patreon.com/shootersradio and request your own deep dive for us to fulfill for only $2/month!

It was August of 2002 and World Wrestling Entertainment was moving ahead to a new era – the Ruthless Aggression era. I was on a pro wrestling sabbatical off and on for a few years, and this was a time where I was off. I wasn’t a fan of strapping a title to an unknown in Brock Lesnar – but, of course, I didn’t pay attention to anything going on in the developmental system WWE had in place at that point, because I didn’t even know they had one. They had Ric Flair wrestling, Rey Mysterio debuting on pay-per-view when I thought he was literally on the verge of retiring, and The Rock was basically finishing up his full-time wrestling commitment.

I was just out.

Eventually, I would get pulled back in, and start kicking myself for missing one of the greatest SummerSlams of all time. And this week, we’re diving deep into it all.

🚨NEW EPISODE🚨#SummerSlam 2002 deep dive w/ @VaughnMJohnson & @_piccone … one of the greatest SummerSlams of all time!

The Next Big Thing™️ takes the reigns 5 months after his WWE debut!