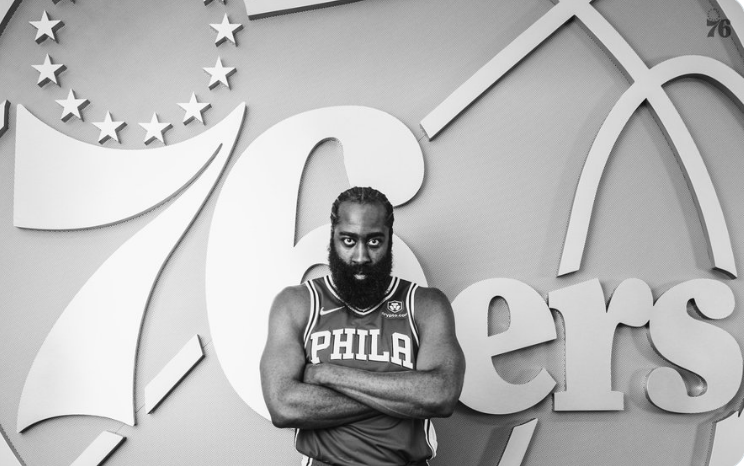 We’re back with an all new Brew. The NY post released their betting preview for the Eagles this season. Ben Simmons received some money back from the 76ers. The 76ers season schedule has been released. The first College Football AP poll of the season is out. Did 50 Cent and Floyd Mayweather squash their beef? Tickets for next year’s Wrestlemania in Hollywood are selling like crazy. We have a lot to get to as always, so lets do this. It’s Brew time!

Checking in from @Eagles training camp. I’ll give you two words to describe this year’s #Eagles… CONNECTED CULTURE#NFLTrainingCamp#Culture#NFL pic.twitter.com/13Ri3KtUU6

I love this vibe this team is giving off

Holiday season will have a Philly theme to it

There’s nothing like spending the holidays with your loved ones!

Lazy ass gets some money back

ESPN story on Ben Simmons and the 76ers reaching agreement on a settlement: https://t.co/FXQjF3VnTX

An NBA executive believes Kevin Durant is more likely to retire than play for the Nets again, per @TheSteinLine

There’s a ‘growing expectation’ that KD could cause ‘a ruckus’ to get the Nets to make a trade pic.twitter.com/ju01EPHIEM

Is LeBron James the G.O.A.T?

This is a nice touch

Fernando Tatis Jr.’s father says his son’s positive PED test all happened because of a haircut that went very, very wrong for the MLB superstar. https://t.co/FxLgRlJcJO

The first College Football AP poll of the season is out

The first AP Poll of the season is here 👀 pic.twitter.com/wjurrGzDuP

What a journey it has been.. I have given my all to this university and football team. I love every one of you. I will be a tiger for life. 15 is officially signing out. #ForeverLSU pic.twitter.com/GOJPM2GXOK

The bizarre catfishing scandal that embroiled Notre Dame senior standout linebacker Manti Te’o a decade ago is now the subject of a Netflix documentary https://t.co/OwEvGp3DtX

Donald Trump is involved in 36 active lawsuits and investigations as of TODAY (August 15, 2022)

Tracking Trump: A Rundown Of All The Lawsuits And Investigations Involving The Former Presidenthttps://t.co/94wyo8nueF

The rules I guess just don’t apply to him…

Is this battle coming?

Is a Cheney vs Trump rematch on the cards? Liz hints at presidential run in 2024 https://t.co/6Rm3PT7BVj

Fetterman continues to slaughter Dr. Oz in the ad game

Mastriano should NOT be the next Governor of PA

Trump’s pick for governor of Pennsylvania Doug Mastriano laid out a radical agenda in a 2018 radio interview.https://t.co/9ehynG6Oib

Could you imagine saying this with a straight face????

Marge Greene: “In major corporations, white men are passed over for any type of promotion or even being hired in the job place … It’s about identity, and the white male identity is pushed to the bottom of the list.” pic.twitter.com/P6ndlX5wAs

DETAILS: It appears that 50 Cent and Floyd Mayweather have squashed their beef https://t.co/o0oL9qEfG6

Jim Carey performing with 50 cent might be my favourite video ever pic.twitter.com/ycN36JaWyo

Christian McCaffrey is one lucky dude

Newly single Kim K hits us with some thirst traps

I do my own heavy lifting 😝 pic.twitter.com/dLeDmgUYZB

Over 90,000 tickets were sold within the first 24 hours—more than any event in WWE history and a 42% increase over first-day sales for WrestleMania 38. https://t.co/1jaic0NMVt pic.twitter.com/a8sA4BBWv6

💚 Pull up in the monster
Hi @MarkRuffalo pic.twitter.com/8Ub2WxcWel

Funny story from the Rock…

Looks like we could get Rollins vs Rock at WrestleMania after this. 😂 pic.twitter.com/sykjDIT7g9