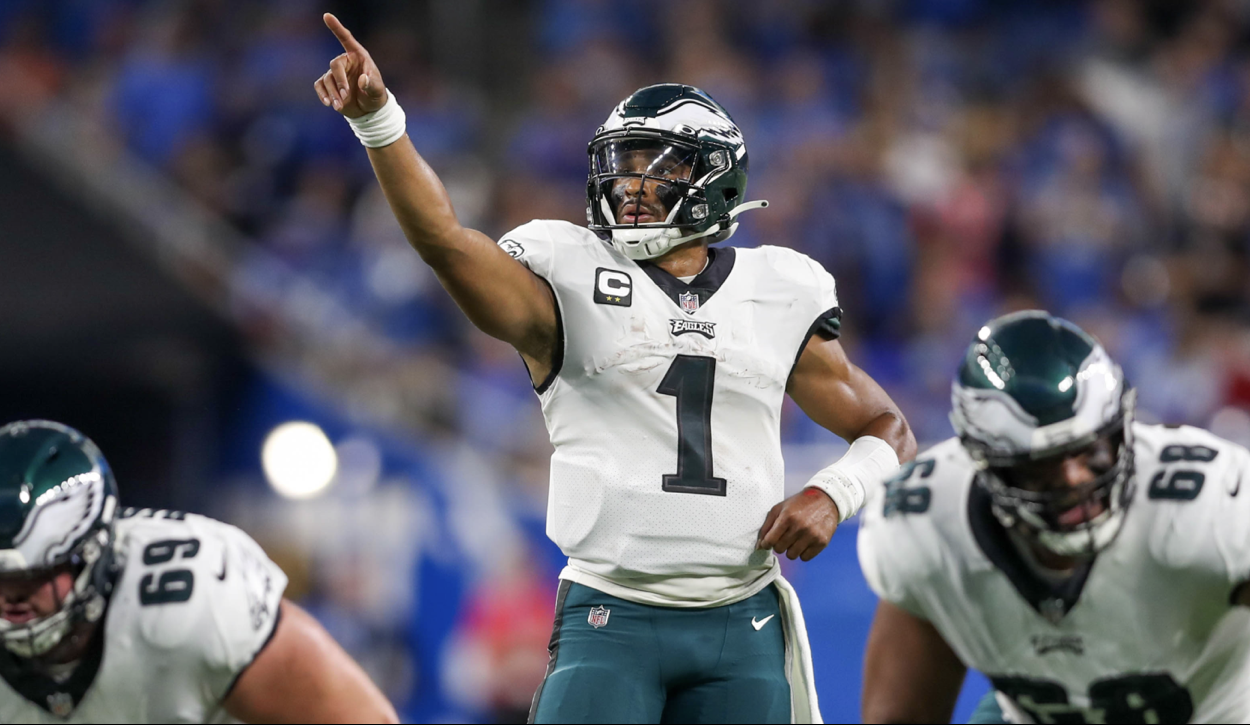 The Philadelphia Eagles began their 2022 season on Sunday afternoon in Detroit, and despite having a 17-point lead late in the second-half, Nick Sirianni’s side came close to coughing it up at Ford Field.

Jalen Hurts totaled 333 yards and one touchdown while A.J. Brown (10 receptions, 155 yards) delivered a strong Eagles debut in a 38-35 victory over the Lions to begin their season 1-0. The Eagles recorded four rushing touchdowns in Sunday’s win, with Hurts and tailback Miles Sanders accumulating 186 of the team’s 216 total rushing yards on the day.

Jamaal Williams opened things up for the Lions in the first quarter, capping off a nine-play, 75-yard drive with a one-yard touchdown. Dan Campbell’s offense clicked to take the opening lead, but the Eagles answered with a dominant second quarter on both sides of the field.

Hurts’ one-yard touchdown run tied things up in the second before Sanders added a one-yard score of his own later in the quarter to make things 14-7. James Bradberry enjoyed a positive Eagles debut later in the quarter, intercepting Jared Goff and returning the ball 27 yards to extend the visitors lead to 21-7. Fellow offseason acquisition Kyzir White helped force the interception by tipping Goff’s pass to Bradberry.

D’Andre Swift’s seven-yard score with 1:55 left in the quarter cut the Lions deficit to seven points before Jake Elliott ended the second quarter with a 23-yard field goal.

Eagles running backs continued to find pay dirt in the third quarter as Kenneth Gainwell and Boston Scott added touchdown runs of two and one yards respectively. Amon-Ra St. Brown’s four-yard connection with Goff in between the Eagles scores made it 38-21 heading into the fourth.

Detroit made things interesting down the stretch, using touchdowns from Williams and D.J. Chark to bring the Lions to within three points. However, Sirianni’s offense was able to run out the remaining time on the clock, helping the Eagles escape Detroit with an opening-day win.