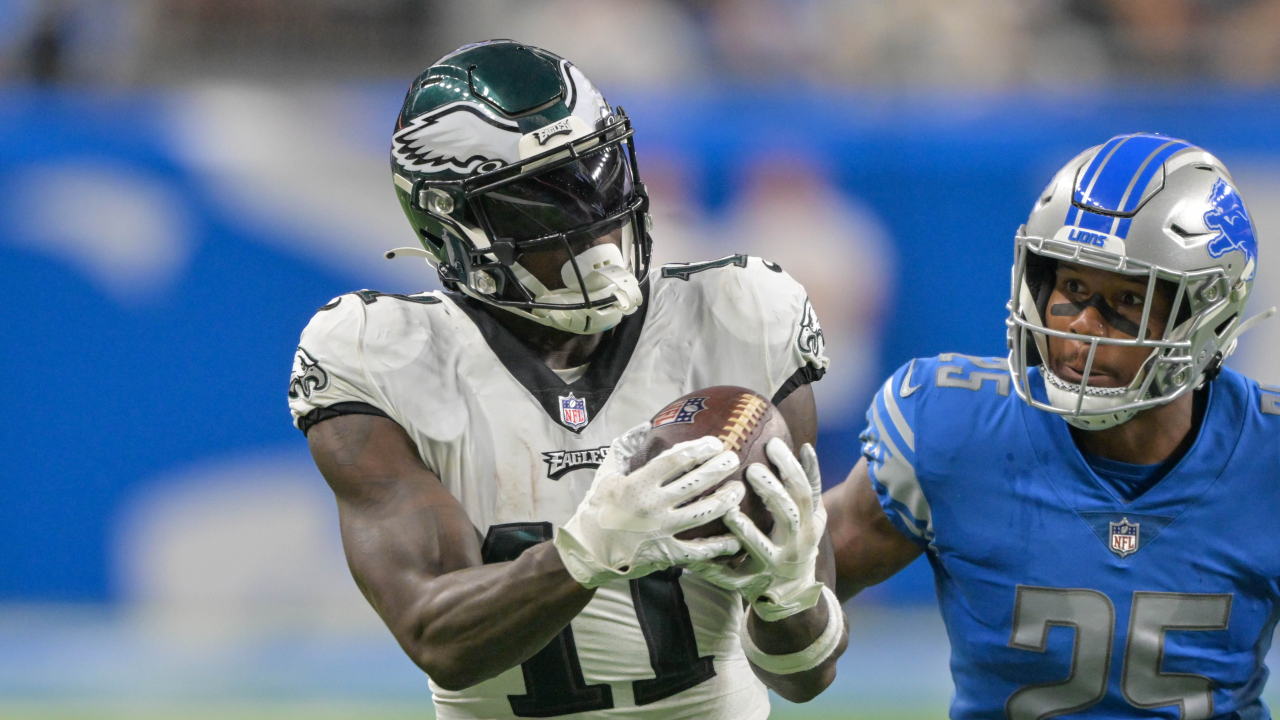 The Philadelphia Eagles knew what they were getting when they added A.J. Brown in a trade from Tennessee earlier this year, but the newest offensive acquisition made sure to provide plenty for his new teammates and fans to discuss following Sunday’s season-opening win over the Detroit Lions.

Brown hauled in 10 passes for 155 yards in Sunday’s 38-35 road victory at Ford Field, setting a team-record for the most yards in an Eagles debut. The 24-year-old showed off his speed, physicality, and work ethic on several occasions, kicking off his new partnership with quarterback Jalen Hurts.

Although Brown did not register his first Eagles touchdown, the former University of Mississippi product carried a large load for Nick Sirianni’s offense on Sunday, proving the trade last April was 100% worth it.

“We put in a lot of good work in camp and moving forward to this game we knew we were in a good place,” Brown said about his relationship with Hurts. “I didn’t know how it was going to go, but I’m glad it went the way it did. We were on the same page, there’s stuff we need to clean up, so we can continue to get better.”

“We did a good job as a team. That’s why it’s a team sport,” Brown added. “There’s ups and downs. We pick each other up. I’m excited for this first win, but we’re moving forward. I’m on to the Vikings.”

Brown has become one of the top wideouts in the NFL during his time in Tennessee, but a move to the NFC will have plenty of teams on alert. A partnership with Hurts and second-year wideout DeVonta Smith could pose a major threat to the rest of the NFC East, especially the Dallas Cowboys, who are favorites to win the division.

Smith was held in check in Sunday’s game, but Brown delivered a Player of the Game performance, a trend that we could see more of in 2022 and beyond. The Eagles will have plenty to work on defensively this week ahead of a Week 2 Monday night showdown with the Minnesota Vikings (1-0), but Brown’s strong debut will have many people excited for what’s to come this season.

The Eagles host the Vikings on Monday Night Football at Lincoln Financial Field, with Brown set to take the field at home for the first time this season.