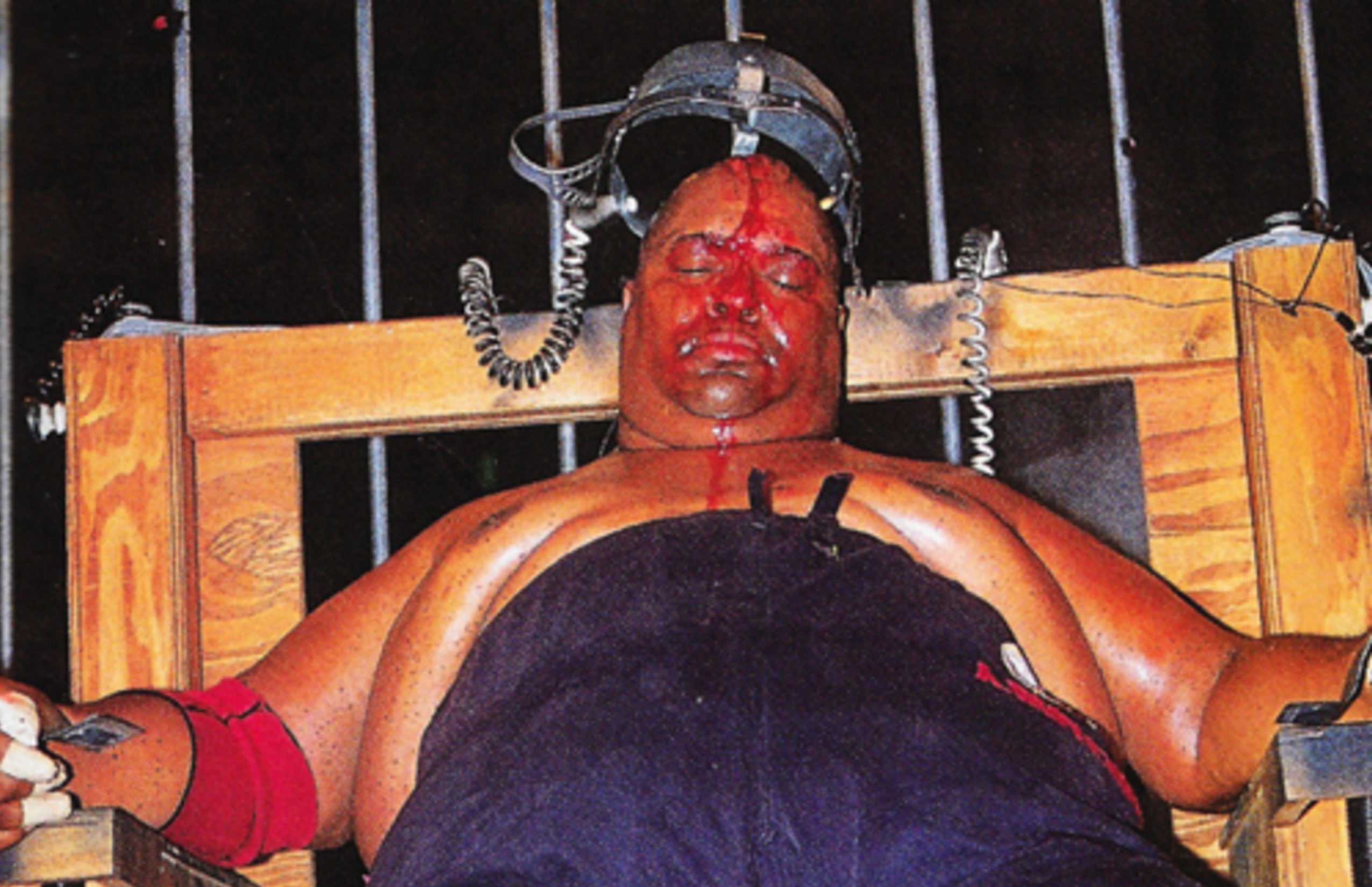 IT’S A CHAMBER OF HORRORS BAH GAWD! As Vaughn Johnson would say on this podcast, the Jim Herd era of World Championship Wrestling was wild looking back… and not in a good way.

On this week’s episode, we take a deep dive into WCW Halloween Havoc 1991, which took place the same night as Game 7 of the World Series between the Atlanta Braves and Minnesota Twins — and you know we’re going to get into that, too.

The franchise of WCW, Sting, found himself embedded into this Chamber of Horrors match — a match named apropos for what we were to witness. Luckily, Sting wouldn’t be tied to this nonsense for long, not only because it was a special Halloween-themed match that was a one-and-done, but also because a certain Rude superstar made his debut with the company that night, under a mask. Yep, the Halloween Phantom was UNVEILED on this night in DANGEROUS fashion.