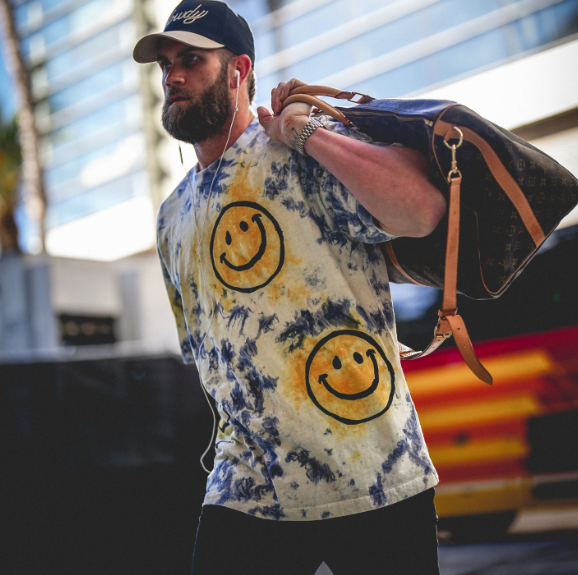 We’re back with an all new Brew. The Phillies grabbed a series split in San Diego. The Sixers lost their season opener against the Celtics. Kanye West needs serious help. Hoagiefest is back. We have a lot to get to, so lets do this! It’s Brew time.

The Phillies took game 1 of the NLCS

Look at this angle!!!

The @Phillies are 3 wins away from the NL pennant.#Postseason pic.twitter.com/7Fu8mCxA2O

Game 2 went to the Padres

5 in the 5th inning doomed the Phillies

A LOUD INNING FOR SAN DIEGO‼️

The Padres scored five in the fifth to take the lead.

The Celtics take down the Sixers in the season opener

James Harden was cooking in the loss

Michael Buffer at the Eagles game…lol

I had to do a little pregame gritty dance in Philly end zone last night!
I’m officially entering the “Age 75+ Gritty Contest” and challenge all in that age bracket.😜😂#LetsGetReadyToRumble ®👊🏻👊🏼👊🏽👊🏾👊🏿
⁦@KyleBrandt⁩ @gmfb ⁦@PSchrags⁩ ⁦@nflnetwork⁩ @Eagles ⁦ pic.twitter.com/RU4gepyVRG

Dak is on his way back

Alabama is investigating an incident involving Jermaine Burton after a video on social media appeared to show Burton strike a female fan who rushed the field following Tennessee’s 52-49 win over the Crimson Tide on Saturday.

Stop giving a platform to a sh#t stain of society

Another stunt from Governor “words hurt me”

Those accused by DeSantis of committing fraud now face up to five years in prison if convicted. https://t.co/FGTj72JbMG

Marco Rubio is a Cuck, so he likes to watch and do nothing

Demings: How long will you watch people being gunned down in 1st grade, 4th grade, high school, college, church, synagogue, a grocery store, a movie theater, a mall, and a night club and do nothing pic.twitter.com/EmZg9LQeMx

Officials say it’s too late to remove him from the ballot https://t.co/fzZN0EgItp

Tom Brady says he’s finding it nearly impossible to focus on his personal life half of the year … explaining he feels like NFL seasons are similar to “going away on deployment for the military.” https://t.co/3ZxZWbP2jW

Gas stations already sell cigarettes and beer. So why not weed? https://t.co/Ly9VuCuh0d