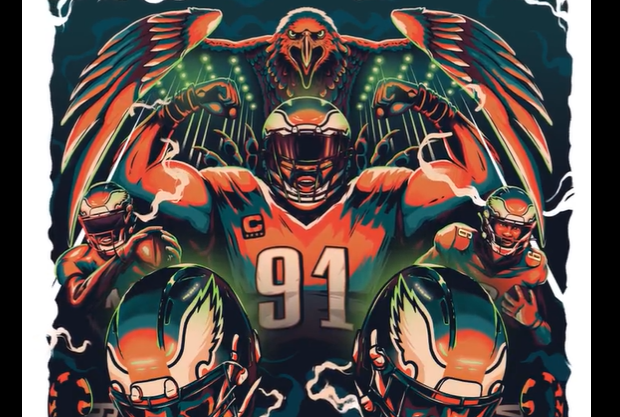 We’re back with an all new Brew. The Eagles came a way with a big win on Sunday against the Jaguars. A Vince McMahon Documentary is coming. Coolio has passed away. The MLB playoffs are right nearing. We have a lot to get to, so lets do this! It’s Brew time!

The Birds get the W

EAGLES ARE THE REAL DEAL 🦅 pic.twitter.com/cG4ArQLqsQ

Oh so the Eagles are back back👀 pic.twitter.com/0hqHkKYBpw

.@JasonKelce had to get the jacket swap from his former HC Doug Pederson. 😂💚 #JAXvsPHI pic.twitter.com/9AjA2oXhfl

Shout out to Douggie P

A.J. Brown has a new baby son, arrived last night. Going back to the hospital after leaving the facility today. Was emotional when his daughter met “baby brudda” for the first time. pic.twitter.com/9yq5de2UTA

“I’m down the shore, right by the Schuylkill!” 😂#DUUUVAL pic.twitter.com/qvxCtldbyW

This is a disaster. Pray for Tua. Fire the medical staffs and coaches. I predicted this and I hate that I am right. Two concussions in 5 days can kill someone. This can end careers. How are we so stupid in 2022. pic.twitter.com/D8S8eEbgda

NFL and NFLPA are now working to modify concussion protocols and they anticipate changes “in the coming days.” They released this statement tonight: pic.twitter.com/siaE7Xh7dA

The fake punt up by 39 points…

Do you agree with your team’s ranking? pic.twitter.com/yeM0kFA6Cm

What can we expect from Tyrese Maxey this season?

the guy who dropped Judge’s 61st HR ball is absolutely going THROUGH IT rn 😭pic.twitter.com/PNX4lHdk9r

The AL playoff teams are set

The Mariners finally make it back to the playoffs

This is how you can scan and sign documents with an iPhone pic.twitter.com/ZpSap5TPuI

How much did Snoop smoke before going on Wheel of Fortune 🤣 pic.twitter.com/Lg9vEIaCph

Legendary rapper Coolio has died. He was only 59. The cause of death has not been determined. Cardiac arrest is suspected. pic.twitter.com/PnrRXgS98z

i got to interview coolio one time and you bet i asked him if he was over his beef with weird al. pic.twitter.com/bVPZ15Qtpg

Here’s what Netflix got wrong about Dahmer

I broke the story of Jeffrey Dahmer in 1991. Here’s what the new Netflix series got wrong.

While at Arnold Schwarzenegger’s home, Guy Fieri cooked pasta for Al Pacino. “I’m terrified to ask him. I said, ‘Sir, how is it?’”

Pacino told Fieri he liked the dish; the chef was so excited he had to step outside to get fresh air.https://t.co/nN0s2EuebX

Cardi B shows off her ass ink…

We have the meats! https://t.co/oZlACx3cJL

This should be good…