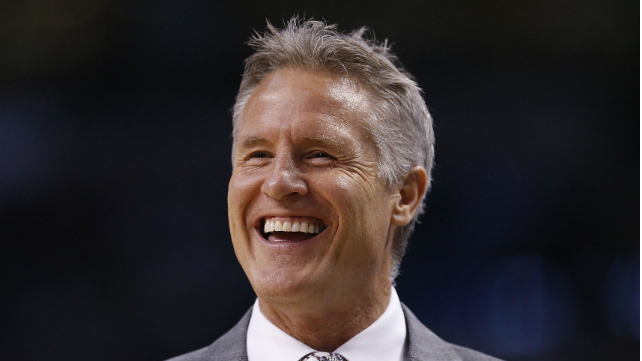 After a few days of speculation of what (if anything) the Sixers would do at the trade deadline, we finally got our answer. They were able to find a way to get a deal done.

The Sixers received Joel Anthony and a 2017 second-round pick from the Houston Rockets for the rights to Chukwudiebere Maduabum, per Marc J. Spears, Adrian Wojnarowski and Derek Bodner.

The #sixers are sending the rights to Chukwudiebere Maduabum as part of the Joel Anthony trade.

Philadelphia will receive a future second-round pick to take on Anthony and his contract, sources tell @TheVertical.

To be clearer: Anthony goes to Sixers through Houston, who acquired him from Detroit in 3-player trade. Rockets ship out second-round pick.

As soon as I saw that Anthony was coming to Philadelphia, I already knew that he’d eventually get released. This deal sounds like a Sam Hinkie special. I know that the trade wasn’t a monster one like most fans were yearning for, but I’ll take that second round pick.