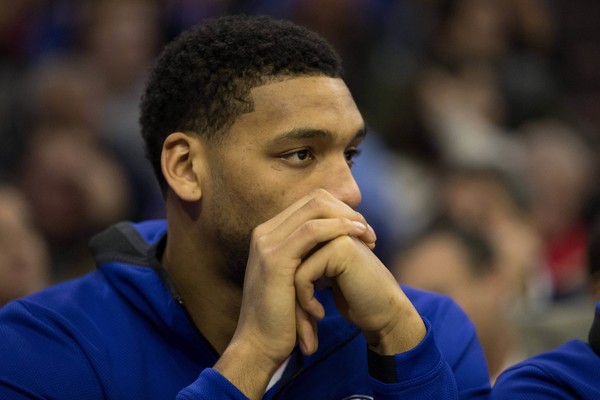 Jahlil Okafor has been freed.

ESPN’s Zach Lowe is reporting that the Philadelphia 76ers center Okafor, along with Nik Stauskas and a second-round pick, have been sent to the Brooklyn Nets for forward Trevor Booker.

Okafor became a vegan and slimmed down immensely this past offseason in an attempt to better equip himself for the fast-paced brand of basketball Brett Brown likes to employ, but he has played in just two games this season. The No. 3 pick in the 2015 NBA Draft has career averages of 14.6 points, 5.9 rebounds and 1.2 assists and it’s nice to finally see him get a fresh start somewhere else. He’s going to get that playing alongside D’Angelo Russell, who was picked before Okafor at No. 2 in that 2015 draft and highly coveted by the Sixers.

The 30-year-old Booker is averaging 10.1 points and 6.6 rebounds per game with the Nets this year.