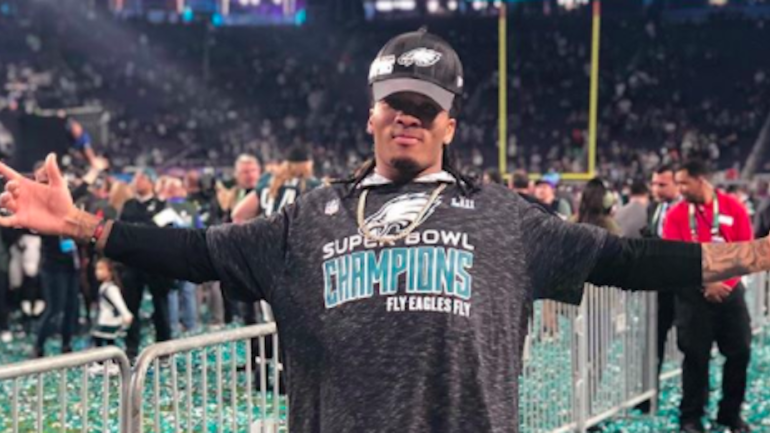 We caught a glimpse last year, now we’ll really get to see what Sidney Jones can do.

Jones ruptured his Achilles during his Pro Day leading up to the 2017 NFL Draft, which forced him to fall into the second round. He was projected to be the first or second cornerback to go off the board and may have even went in the top 10. He missed the first 15 games of his rookie season and made his debut in that meaningless Week 17 season finale against Dallas. I broke down his debut on the Bitter Birds.

I also did a film study on him after he was selected, which you can click on below. Here was NFL.com’s scouting report of him prior to the draft.

Strengths Competes all over the field. Doesn’t play pitty-pat with his jam from press. Throws stiff lead right into the shoulder of receivers like a boxer. Maximizes contact with receivers within first five yards. Eyes are top notch. Balances between quarterback’s eyes and his man from all off coverages. Ready to close on throws anywhere near his area. Route magnet. Pattern anticipation allows him to map receivers path and undercut route. Prioritizes ball over man and attacks catch point with slaps and rips. Has nine career interceptions and got a hand on 21.3 percent of balls thrown his way over last two seasons. Early ball tracker with length and leaping to attack the high point. Mirrors receiver acceleration out of their breaks. Twitchy feet for click-and-close transitions and instant change of direction from shuffle technique. Solid recovery quickness.

Weaknesses Tore his Achilles tendon at his pro day which will require an extensive rehab process. Carries slender frame. Needs to add upper body strength in preparation for NFL size. Was jostled around by JuJu Schuster-Smith out of press coverage and at the top of the route. Scouts like his quickness but worry about his ability to carry speed down the field. Gets impatient from press. Loses positioning by reaching and lunging to get hands on receiver rather than letting the release come to him. Can still improve his transition footwork. Fights his hips a little when flipping to change direction in open field. Physical receivers can wall him out of tackle action in run support.

In a MMQB post in late May, Albert Breer wrote that Jones turned heads in OTAs.

If you’re looking for an area where the reigning champions could be better than they were in 2017, the secondary is one. Second-year CB Sidney Jones has turned heads early on in OTAs, showing the ability that had him pegged as a top-20 pick before he tore his Achilles ahead of the 2017 draft. And young journeyman De’Vante Bausby’s been a bit of a revelation at corner too, making for good competition at that spot ahead of training camp.

Well that’s ground we covered so many times last year. He did a good job with it. Up until we were able to activate that window to get him on the field, his challenge was being ready for when that came, which meant mental preparation. I think the mental preparation sitting in the meetings meant a lot, but also just being on the sidelines and traveling with the team. We put a restrictor plate on him quite a bit when it came to how much he would run.

Now the question is where he fits into the equation. Ronald Darby and Jalen Mills were the starters at cornerback last year and Patrick Robinson is no longer in Philadelphia after holding down the nickel job in 2017. Jones has never played the slot in an actual game, but did see time there during the spring. Schwartz explained why the Eagles were throwing a lot of different cornerbacks in the slot.

To play the position in the NFL you need short-area quickness, awareness to avoid rub routes and a solid enough tackler to hold up in run support. I’m curious to see how the Eagles handle the void. I suggested that the Eagles should have Mills take snaps at both cornerback and safety. Therefore you’d have Darby and Jones as your starters on the outside and Mills being a rover and doing a bit of everything. The Eagles like to use a three-safety look and have them slide down into the slot in coverage.

When you pressure and get to Keenum inside the pocket, he throws lollipops. Chris Long brought the heat and Patrick Robinson just took one of those lollipops 50 yards to the house!! pic.twitter.com/FmepauElzD

Robinson’s role won’t be replaced by a single play in my opinion, I believe the Eagles will use a plethora of different bodies in there depending on matchups and opponent. The nickel corner of the future might be Avonte Maddox, who was selected in the fourth round out of Pittsburgh. He has a lot of speed and quickness and impressed at the combine, but he needs to spend the year refining his technique.

De’Vante Bausby made a lot of plays during the spring and he has caught the eye of the coaching staff. The 25-year-old Bausby is the oldest cornerback on the roster and it’s his last chance as he no longer has any practice squad eligibility remaining. Here’s what Schwartz had to say about the lightning-fast Bausby.

He’s a competitive player. He did a really good job for us on the scout teams last year. He was ready to play for us last year if need be. He did a great job not just on the practice field but in the meeting room, being up on the game plan. We were fortunate that we didn’t have so many injuries there that he needed to go. But he was ready, and he had the confidence of the coaching staff. He sort of spread his wings a little bit, working in some different positions. He’s a very, very competitive player. He’s got good size, but his competitiveness stands out. You guys will see that.

You didn’t see him in training camp last year. You guys will see that in training camp this year. I’m excited about him. We’re all excited about the contributions he made to our team last year, and what he can do this year. Again, his contributions were behind the scenes last year. But we have a lot of guys that have an impact on Sunday that might not be playing. He worked the offense hard last year. I think those guys have respect for him, and I know our coaches have respect for him.

As for the safety spot, who will be the third wheel in those extra-safety looks the Eagles like to implement? Right now undrafted rookie Jeremy Reaves and second-year player Tre Sullivan are battling it out, but I can certainly see a situation where the Eagles reach out to Corey Graham again. Having that reliable third safety allows Jenkins to show off his versatility and play linebacker.

Rodney McLeod needs a bounce-back season after struggling with his angles and tackling in 2017, allowing numerous big plays. If he doesn’t don’t be surprised if he’s let go after the year so the team can save $4.8 million against the salary cap.

What will the Eagles do with Rasul Douglas? If the Eagles do decide to part ways with McLeod, they’ll need to figure out who can play that single-high role and Douglas could be it. He has the ball skills and range to potentially transition over to safety if it starts to get too crowded at corner.

It was a secondary that was bottom five in the NFL just two years ago, times have changed.