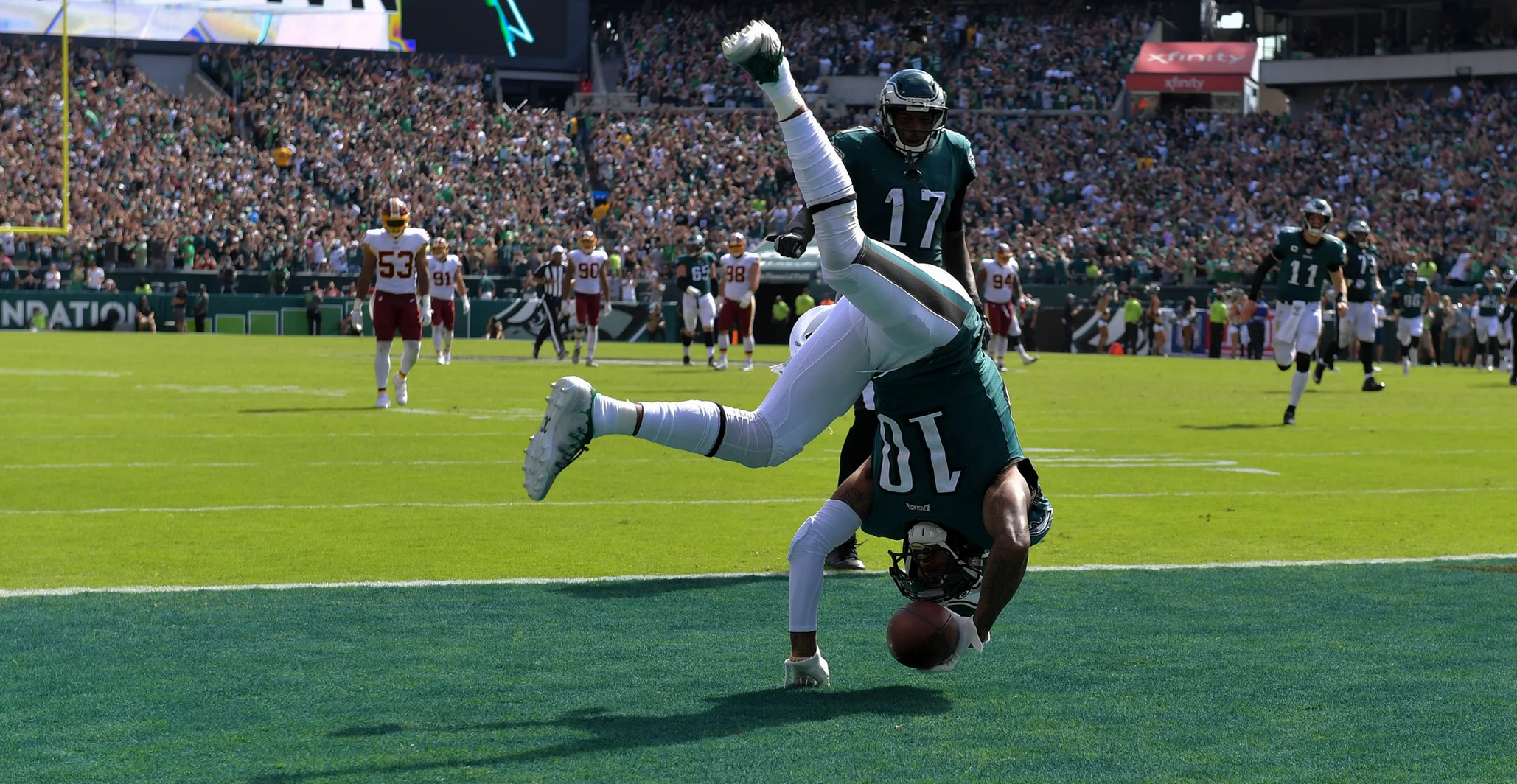 I never thought the Philadelphia Eagles were going to lose the football game yesterday.

We’ve seen the familiar script before, the Eagles did finish dead last in first quarter scoring a year ago after all. While the offense needed about a quarter and a half to finally get going, the defense allowed two huge plays, which helped spot the Washington Redskins a 17-0 lead.

Andrew Sendejo failed to bring down Vernon Davis when he rumbled down the right sideline for a 48-yard touchdown on Washington’s first possession of the game and third-round rookie Terry McLaurin beat Rasul Douglas deep on a 69-yard post pattern to stake the Redskins to their seemingly comfortable cushion.

Then Carson Wentz and DeSean Jackson hit the Jaccpot twice.

And the defense settled down.

Wentz, who finished a ridiculous 12-of-13 for 197 yards and three touchdowns on third down and 313 yards overall on 28-of-39 efficiency, uncorked two bombs to Jackson for scores of 53 and 51 yards, respectively. The first one soared with beautiful trajectory right into the waiting lap of Jackson as the Eagles finally got on the scoreboard with four-plus minutes left in the second.

The second one gave the Eagles the lead for good. Jackson was wide open as he strolled into the end zone for a 21-20 Philadelphia advantage late in the third.

The homecoming was a success.

“I couldn’t stay calm,” Jackson said. “I was overly excited like a kid before Christmas, knowing what I mean to the city and what the city means to me. I couldn’t think of it being any other way.”

Meanwhile, after registering 208 yards over their first three possessions, the Redskins recorded three-and-outs in five of their next six series.

“They’re a great defense,” Keenum said. “The way the game played out, we were able to move the ball through the air. There’s a lot to learn. I’m excited to go watch the film.”

Jackson had nothing but praise for Wentz after the game.

“This is his show. He’s driving the car. It’s good to have a quarterback that has the confidence that, at any given time, the playmakers we have on this offense, he can come to the line of scrimmage and basically call whatever he wants because of the playing style we have, and the players we have in our huddle and in our locker room.”

What about Wentz’s thoughts on his new toy?

“I love his emotion and his attitude. What he brings to the game mentally, he’s a fighter. He wanted to show it today.”

Show it he did.