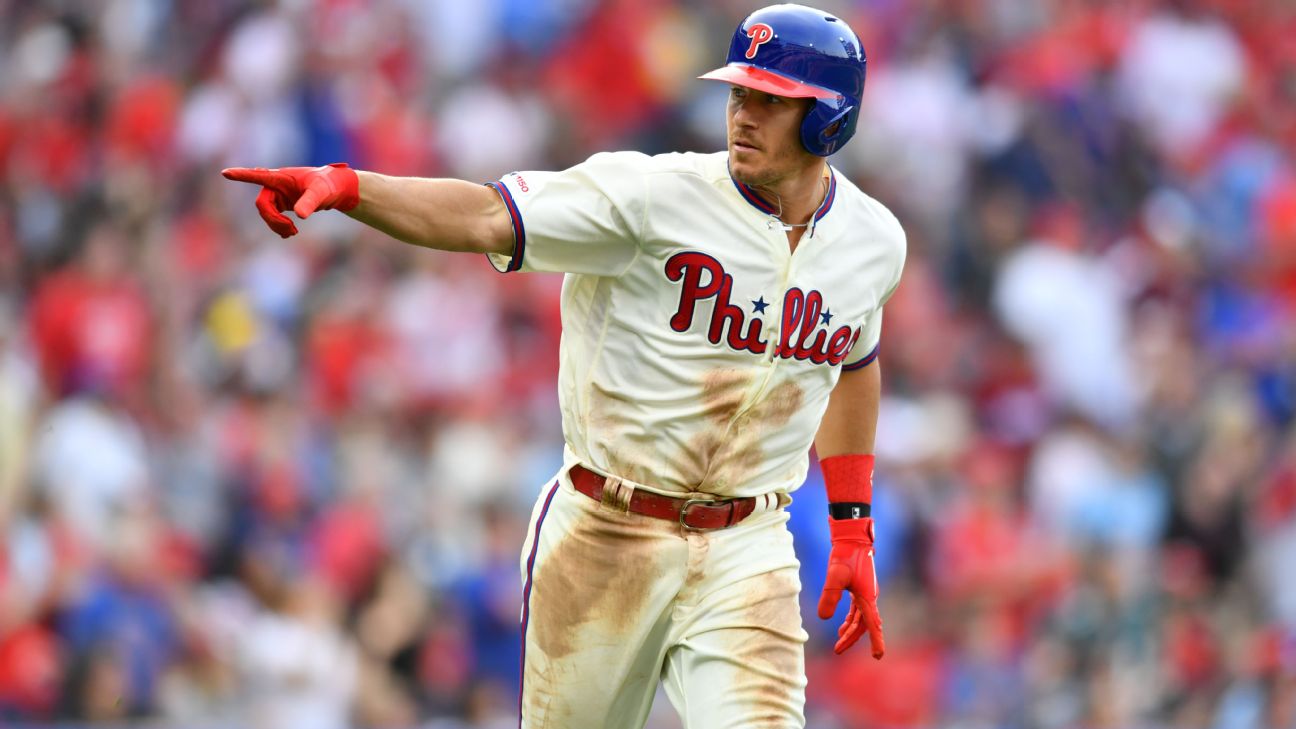 I’ve said this before and I’ll say it again: the Philadelphia Phillies are rolling the dice with the wrong player. J.T. Realmuto is the best catcher in baseball and still, the Phillies decided to haggle over a few pennies when it comes to arbitration.

If Realmuto’s thoughts are anything of an indicator, it doesn’t look great for the prospects of the Phillies re-signing him before Major League Baseball games resume.

“Realmuto repeated one word when asked about his potential free agency after the season, whatever and whenever it is: ‘Interesting.’ He cited Mookie Betts, another elite player who will be a free agent at season’s end. (The league and union agreed to credit most players with one year of service time even if there are no games in 2020.) Realmuto was an All-Star and won Gold Glove and Silver Slugger awards last season. He was slated to make $10 million in 2020, and a hypothetical extension pre-pandemic could have commanded at least $20 million per season.”

According to Mike Puma of the New York Post, the Mets are just waiting on the chance to pounce on Realmuto if the Phillies come up short.

“The Mets wanted Realmuto in a deal with the Marlins before the 2019 season, so it would be surprising if the team doesn’t pursue the CAA client (Van Wagenen used to co-head the firm’s baseball division) in free agency this upcoming offseason. At this point, Robinson Cano, Jed Lowrie and Michael Wacha are the players with CAA ties Van Wagenen has brought to the Mets. Will any of them work out? Realmuto belongs in a different category than the others — he’s in the prime of his career and the scarcity of quality catchers makes him an appealing option for many clubs.”

Now we head into possibly a shortened season where money will be a huge factor for many teams, positively and negatively. The questions of how the market will set, how free agency will work, how this year will work towards salary requirements, still remain with no exact answer.

As always you can stop by my Facebook page (FantasySportsAddiction) or tweet me (@TCutillo23) for questions or some nice fantasy/real sports debates. E-mail me at tonycutillo@yahoo.com. Check out my daily segments on iHeartRadio for Fox Sports The Gambler right here!