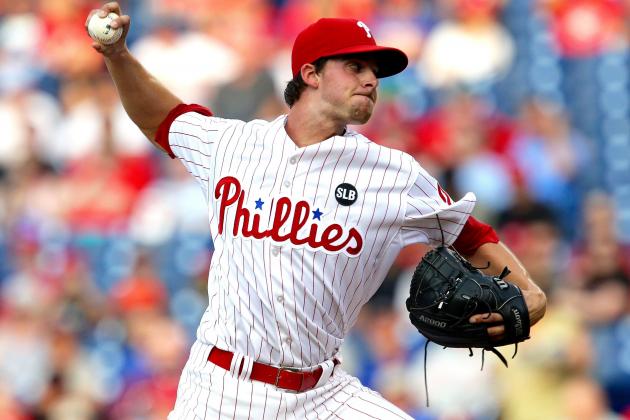 People were excited when the Phillies announced Aaron Nola would make his Major League debut on Tuesday night, and with good reason. He’s the closest we have along with Maikel Franco to the future, so seeing him pitch at Citizens Bank Park would be a marquee event. And the television ratings proved it. [Philly.com]

Aaron Nola’s major-league debut on Tuesday night was the most watched Phillies game on Comcast Sportsnet since June of 2014, the station said in a statement.

Those were probably the fans that said oh shit! I forgot and turned on the game. After seeing the score 1-0, I’m sure that was enough for them.

The paid attendance at the game was 28,703, according to the Philly.com article. It was the largest crowd during the week since mid-May. To put things in perspective, the Phillies were regularly drawing over 44,000 fans every night from 2007 until 2012. The only thing that’s left is for Nola to suffer some kind of season-ending injury because that’s exactly what would happen.