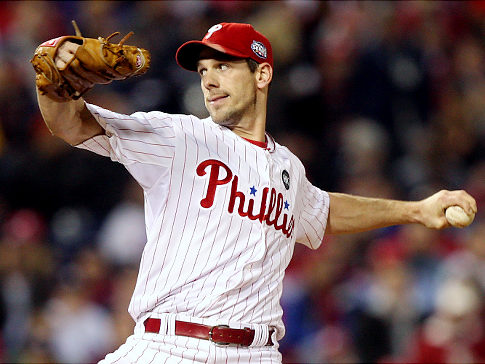 With the trainwreck atmosphere surrounding the Phillies this season, and the ongoing trade rumors involving anybody that’s worth their own salt on the team, everybody has forgotten about Cliff Lee. I’m not sure that’s a bad thing. Lee would have likely not produced much on the mound coming off an injury that has kept him off the mound after 44 starts in the last three seasons [none this season].

I was just thinking about Lee the other day and hoping we were in for some good news before the end of the season so we could see him return to the mound. But, that’s apparently not in the cards, because Jon Heyman of CBS Sports thinks Lee’s career is likely over.

Cliff Lee’s season is over. While he is said to feel better than at any time in the year, it wouldn’t make sense for him to start getting ready now with a small chance to return as a reliever for baseball’s worst team. There’s an outside chance he could try to throw in the winter in hopes of staging a comeback, but people close to him believe it’s also very likely he may just hang ’em up. In 2009, Lee nearly single-handedly kept the Phillies afloat in their World Series loss to the Yankees. He won the AL Cy Young in 2008 while with the Indians.