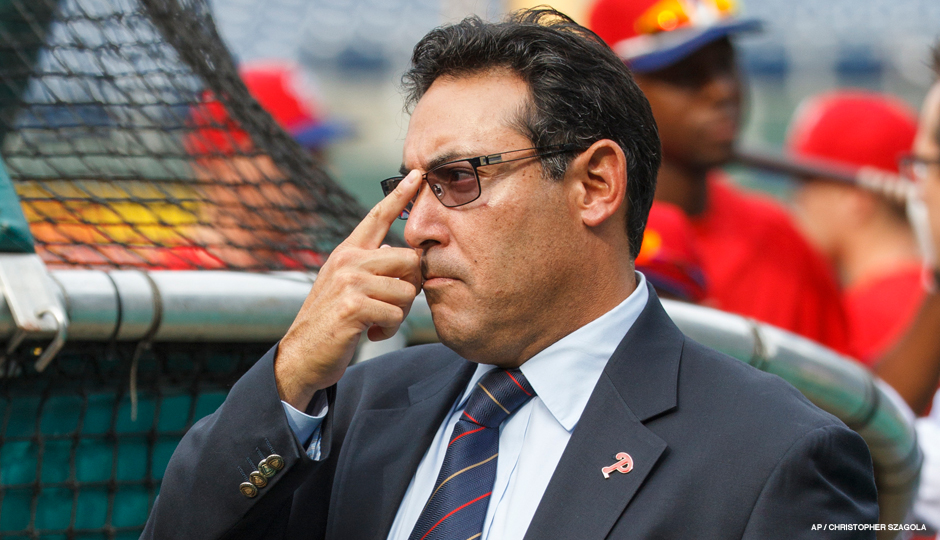 On Saturday, a few hours after reports confirmed Matt Klentak would take over the reigns as the Phillies’ general manager, the previous GM of the team reportedly found a new home – at first base.

No, no, Amaro wasn’t trying to prove to Ryan Howard anybody can play first base. He will become the first base coach for the Boston Red Sox. Nick Cafardo is on a roll today:

According to multiple reports, after Amaro was let go by the Phillies, he hired Bob Lamonte, who has helped the careers of NFL coaches in the past, to help him transition from the front office to the field, where he eventually wants to manage an MLB team.

You know how this ends, right? Amaro’s eventually going to hold the World Series trophy in the middle of Citizens Bank Park as the manager of the Yankees.

Actually, this is how I imagine Amaro’s managing career going: