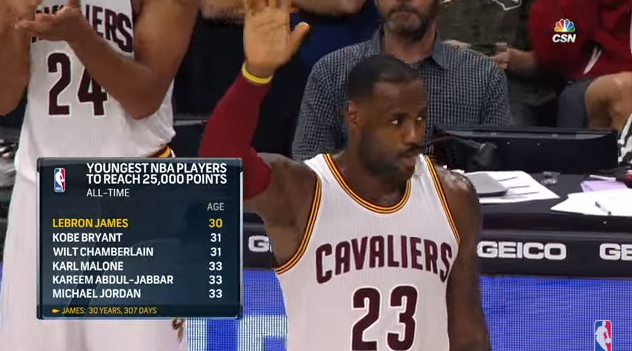 In what’s likely the only reason anyone went to The Center last night, LeBron James gave the crowd quite a show on the basketball court. Even though the Sixers were getting thrashed and then made a respectable run at the end of the game, the story of the night was James becoming the youngest player in the history of the NBA to reach 25,000 points.

This caused a dastardly response from the crowd, as they showered James with cheers and applause. Wait, what?

Watch the video below.