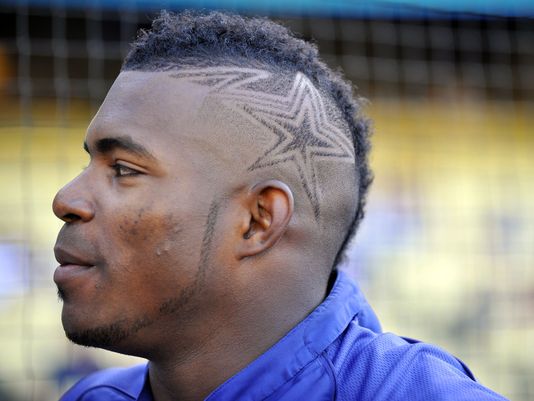 Here we go again! It seems like there have been more off the field incidents in the news than ever. This time it involves a wild bar fight that erupted after Dodgers star, Yasiel Puig, pushed his sister.

TMZ is reporting, that Puig was drinking at Blue Martini in Miami when he got into an argument with his sister and all hell broke loose. The staff at the bar rushed over after the push to try to break-up the altercation, and of course Puig would then spaz out on the staff and started swinging on them.

The staff was finally able to wrestle Puig out of the club, but Puig wasn’t done just yet, as he then sucker-punched the Manager of Blue Martini. The Miami Police Department would arrive at the scene shortly thereafter, however they told TMZ Sports that the incident was “mutual combat” and neither side was willing to press charges.

MLB will reportedly investigate @YasielPuig for his role in a Miami nightclub brawl. https://t.co/7E7JInT3Mz pic.twitter.com/DOVBgjDb7V

Puig has just about worn out his welcome with the Dodgers and this incident just might force the Dodgers’ hand in cutting ties with him, given how much of an issue on and off the field he’s been. So, let me leave you with this: If you’re the Phillies, would you take a chance and try to get him at a discounted price or would you even want to deal with the shenanigans that surround him? Puig plus Philly could be a dangerous combination and not for the right reasons.