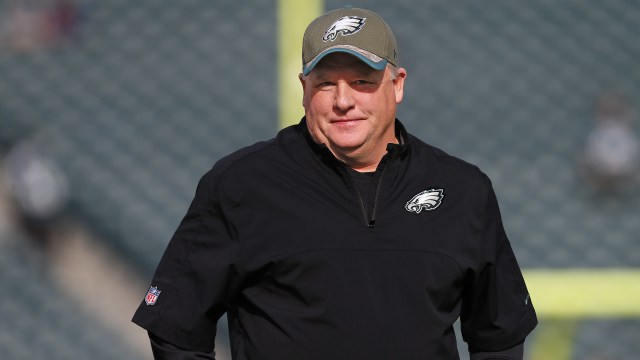 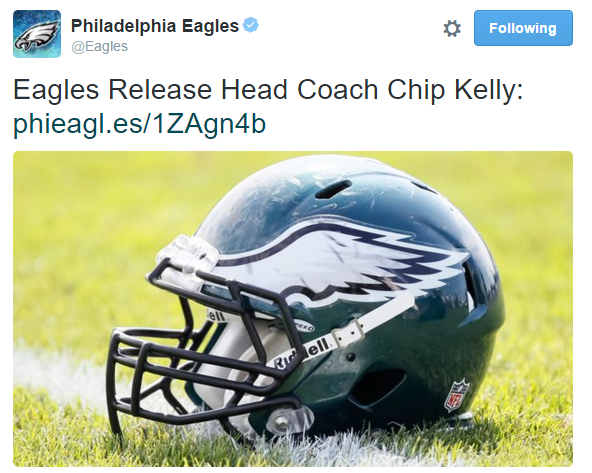 Uhm, holy shit. Ed Marynowitz is gone, too. Pat Shurmur will be the interim head coach Sunday. More to come.

“We appreciate all the contributions that Chip Kelly made and wish him every success going forward,” said Lurie.

Coach Pat Shurmur will be interim head coach for Sunday’s game against the New York Giants.

A press conference will be held Wednesday, December 30 at the NovaCare Complex at Noon with Lurie.

So, why the timing? Why not fire him Monday after the Giants game? Something happened.

Emmanuel Acho, who Chip cut before bringing him back before cutting him again this season, weighs in:

Well I tried to tell you before the game Saturday that the game meant much more to Chip then anything. Philly is about playoff wins. Fired