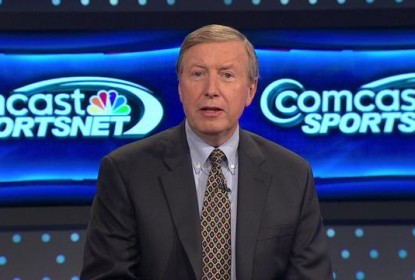 Ray Didinger joined the Mike and Ike Show on 94WIP Wednesday and said that he would prefer the Eagles have hired Bruce Arians as their head coach over Chip Kelly almost three years ago. Didinger explains that the biggest factor for him was Arians already having NFL experience, whereas Chip was coming from college with no professional football experience.

This is 100% hindsight due to Kelly’s struggles this season, by the way. I don’t think there’s a chance Didinger would take Arians over Kelly if the Eagles had a better showing this season. Though, there’s nothing wrong with using hindsight to second-guess decisions which we have no control over, and that’s what Didinger did during his interview segment. Here’s what he had to say:

Michael Barkann: If you could go back to 2013 and re-hire the head coach of the Philadelphia Eagles from the following candidates – Chip Kelly, Bruce Arians, Todd Bowles, Gus Bradley – what would you do? Hindsight is applicable. You can do whatever you want. Go.

And this isn’t so much a knock at Chip, although people perceive it that way. I just always have a concern and a fear of guys coming straight from college football in the NFL with no track record and no background. I just do. Not to say a guy can’t do it, but history would tell you it’s a much tougher task. Whereas a guy like Arians has been around the NFL game for a long time, has won everywhere he’s been. If I had the shot, Arians would’ve been my number one. I think he’s a hell of a coach. I mean, I’ve known him from when he was at Temple back in the day. The success that he had in Pittsburgh with Roethlisberger – the success that Roethlisberger’s having today is largely due to the foundation that he got with Bruce Arians back when he was a young player. You talk to Roethlisberger today and he’ll go on and on and on about what a great coach Bruce Arians is.

Look what he’s done. He’s resurrected Carson Palmer. Carson Palmer was dead and buried, and the guy’s an MVP candidate now. So, this isn’t just an accident where everywhere he goes quarterbacks play well and teams score points and win games. That’s not a coincidence. That’s the kind of coach he is.

Man, Ray Diddy is laying it on a little thick there, isn’t he? I have to admit, Arians’ track record does speak for itself, but I have to wonder what made Jeffrey Lurie and Howie Roseman court Kelly way more than Arians? Didinger’s opinion I will always respect, and the fact that he was about as open and honest as you could get in regards to this subject raised my eyebrows a bit.

But, if the Eagles win Sunday night, maybe, just maybe, Diddy will be back on the Eagles’ bandwagon.