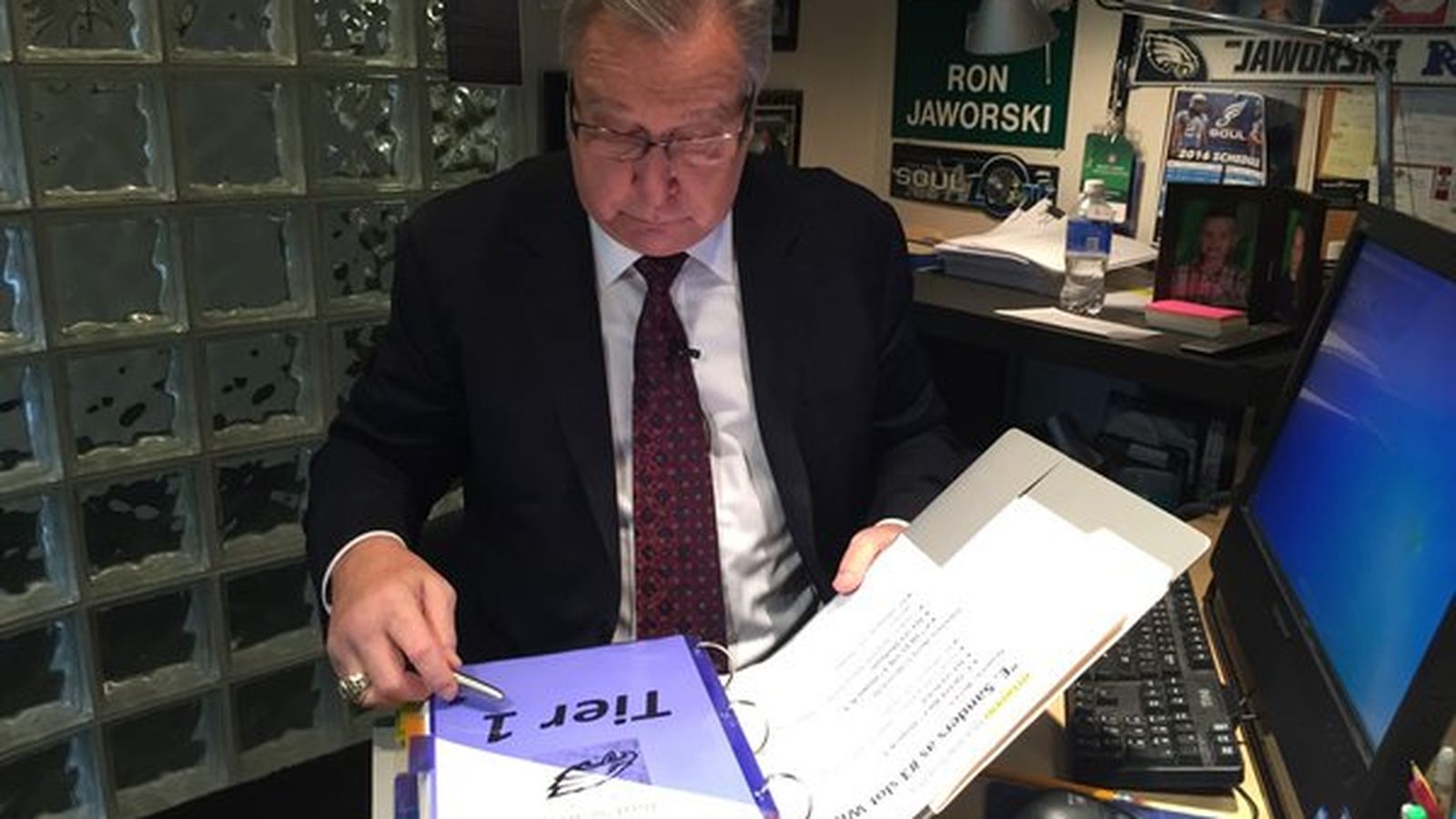 Ron Jaworski joined the 97.5 The Fanatic morning show today to talk about his role as an advisor for Jeffrey Lurie, Howie Roseman and Tom Donahoe in the Eagles’ head coaching search.

Jaws said Roseman reached out to him the day Chip Kelly was fired for his help in finding a new coach. ESPN was AOK with it. And he said that there was no preconceived notion to hire an offensive coach, despite them not interviewing any defensive coaches during the process.

Jaws went on to say he prefers guys that understand Philly and understand the fans and thought Pederson was the best guy that fit the bill of “knowing Philly.” Jaworski talked about how there was “so much BS” out there with the media and agents and rumors, but what if I told you Jaws wasn’t in the same room with Jeffrey Lurie, Howie Roseman and Tom Donahoe when they met with Doug Pederson last Sunday?

“I was not in Kansas City for the interview, I had ESPN duties that day” – @jawsespn

He said he sat in day-long interviews with Ben McAdoo and Adam Gase, and that was it. So what makes Pederson above and beyond all of the other candidates? This makes no sense, and makes the Eagles look pretty bad. It’s like they wanted to include Jaws by not including Jaws and telling everyone that they did. They knew they weren’t going to hire a sexy coach. They had to know.

They also were high on Ben McAdoo, according to reports. There was no way the Giants were going to let McAdoo head to a division rival, and the Eagles never officially made him an offer because they believed they weren’t going to get him. So, they effectively let the Giants dictate how they handled their coaching search and never even made McAdoo an offer. That’s such piss-poor management of a coaching search if I’ve ever seen one. And now having Jaws say he was involved in the search when he likely is just trying to save the organization face is even more embarrassing.