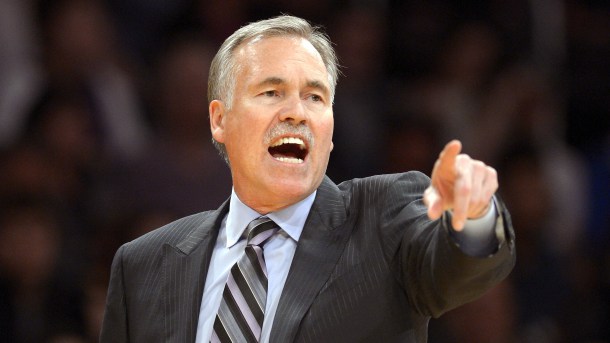 Mike D’Antoni recently joined the Sixers’ coaching staff, likely at the request of the team’s new chairman of basketball operations, Jerry Colangelo. It sure gave some help to Brett Brown, who seemed just as lost as the players on how to deal with the team’s front office, especially general manager Sam Hinkie.

And it looks like D’Antoni’s stay in Philly could be a short one. According to Marc Stein, if the Suns should get rid of their current coach, Jeff Hornacek.

Fresh 2016 NBA bench rumble: There is active buzz in coaching circles that Mike D'Antoni will be on Suns' list if/when that job comes open

The Suns are currently 12-25 and just fired a couple of Hornacek’s assistant coaches, so this is not entirely surprising, as I’m sure D’Antoni’s stay with the Sixers won’t be a long one. He coached for the Suns from 2002-2008 before coaching the Knicks for five years and the Lakers for two years. He recently returned to active coaching after taking almost two years off.