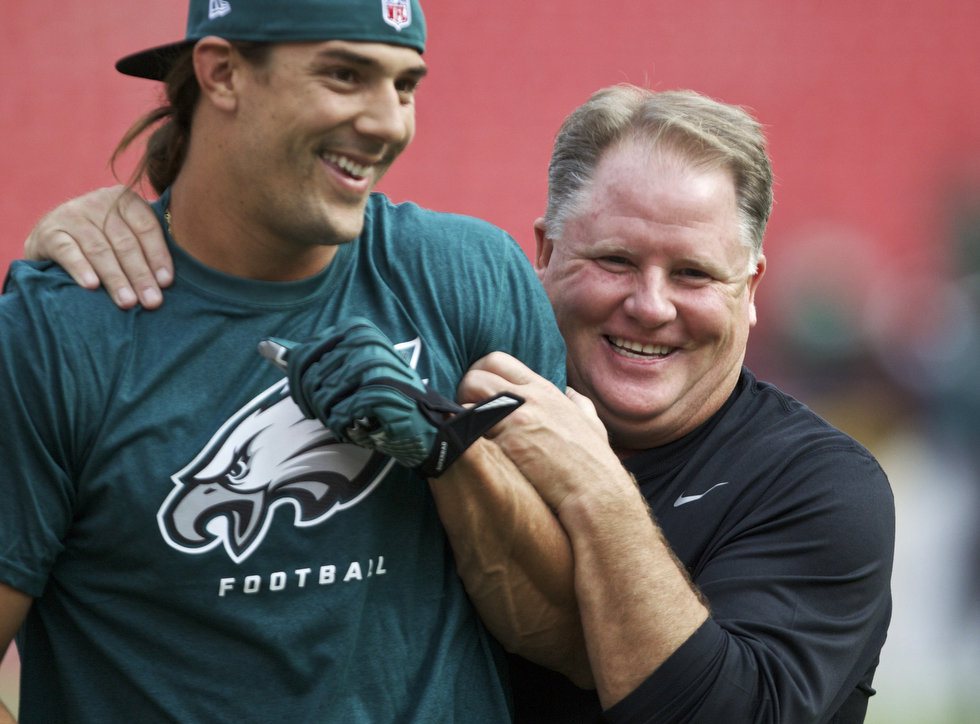 The Eagles made a lot of moves in the Chip Kelly era. Perhaps the one move that they didn’t make – which they should’ve made – was not releasing Riley Cooper after his racist rant. You can question all of the other moves that were or weren’t made under the Kelly regime, but you cannot honestly say to yourself that Cooper (and his very limited talent) remaining on this team after that incident didn’t just marinate in a toxic way in that Eagles locker room.

I’m pretty certain that if you ask LeSean McCoy and DeSean Jackson they’d agree with me. With all of the reaction that has come out from Eagles players, since the Kelly firing, I’ll go out on a limb and say that Cooper would think pretty highly of Kelly.

Cooper would get his chance to speak about Kelly. Here’s what he had to say about Kelly being approachable and his reaction to the firing via Comcast Sportsnet.

“I don’t think people really know Chip Kelly. I think he’s kind of a private person, so if you don’t understand Chip, then maybe he could be misunderstood. It’s sad to see Chip go. You never want to see anybody get fired. That’s for sure. That’s the nature of the business and I know he understands that. And we understand that. We know there’s going to continue to be changes made. It’s sad to see him go, but I know he’ll land on his feet and be successful.”

Now that Cooper’s protector is gone, it’ll be interesting to see what the future holds for Cooper, seeing as he’s an average player at best.