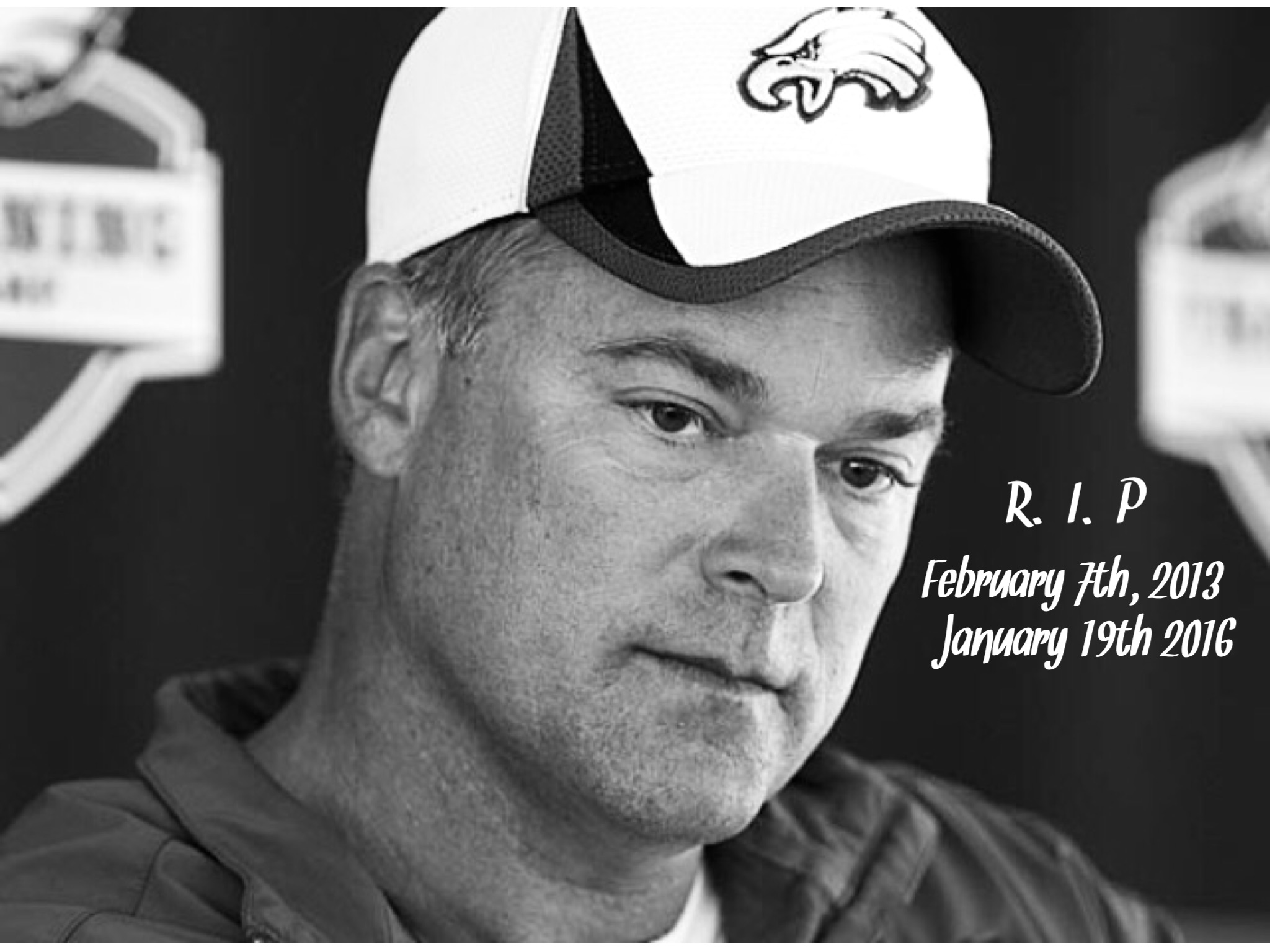 Today, the city of Philadelphia mourns the loss of former Eagles defensive coordinator, Billy “Bad Defense” Davis. Davis was born on November 5, 1965 in Youngstown, Ohio. Davis attended the University of Cincinnati and was a quarterback and wide receiver on the football team from 1985 to 1988. He had his first NFL coaching gig as a defensive assistant on the Pittsburgh Steelers in 1992. After working in the league on various teams, Davis came to Philadelphia in February of 2013 as the defensive coordinator under head coach and dictator Chip Kelly. Davis’ career as an Eagles’ coach came to an end after suffering weeks of blunt force trauma to the head by various teams, including the Tampa Bay Buccaneers. Yes, those shitty Buccaneers. In fact, Davis’ defense gave up back-to-back 45 point games to the Bucs and Lions. The Eagles ended up becoming turkeys on Thanksgiving with that embarrassing loss. It was so bad that Lions players were gloating that they made the Eagles tap out. Ah, yes! That’s exactly what every fan wants to hear about their team, but young Billy Davis was able to make that happen for us. And on Thanksgiving! The Eagles’ defense gave up 23.6 points per game in 2015 to go along with 364.4 total yards per game for the year. It was a shitshow defense to go along with a shitshow offense. It was like a match made in heaven for the 7-9 Eagles. That must be the gold standard that owner Jeffrey Lurie boasts so much about. Davis is survived by his dog Charmin, who ironically was named after the Eagles’ soft defense year after year under Davis. Funeral services will be held at the Poor Play Calls Cathedral on 123 Can’t Tackle Shit Lane. Jim Schwartz will replace Davis at defensive coordinator in 2016.