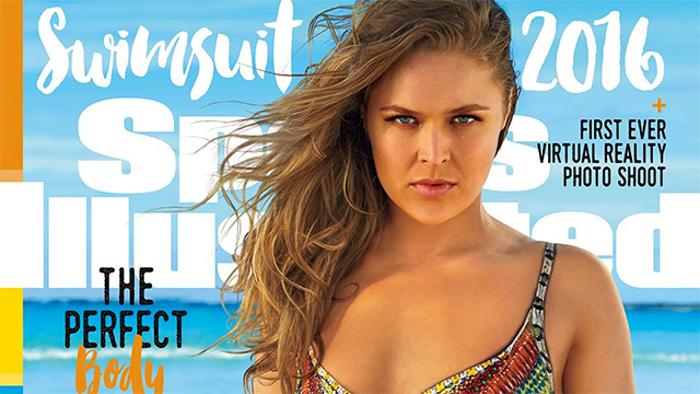 When Ronda Rousey lost her first UFC fight to Holly Holm back in November, the world stood still. I still can’t really believe it happened, but it very much did happen, and it sent Rousey into a very dark place that she doesn’t want to go to again. In an appearance on The Ellen DeGeneres Show, Rousey opened up about life after the loss, which included thoughts about committing suicide.

Through tears, the former champ told the popular daytime host she wasn’t sure what she could be if she wasn’t an unbeaten UFC titleholder.

“Honestly, my thought, I was in the medical room and I was down in the corner, and I was like, ‘What am I anymore if I’m not this?’” Rousey said. “I was literally sitting there and thinking about killing myself, and that exact second I’m like, ‘I’m nothing. What do I do anymore?’ and ‘No one gives a (expletive) about me anymore without this.’”

But Rousey said that suicidal thought was brief after she saw her boyfriend, UFC heavyweight Travis Browne. At the time, the two had only recently gone public with their relationship, and Browne was in Australia supporting Rousey for the main event.

“To be honest, I looked up and I saw my man, Travis, was standing there,” Rousey recalled. “And I looked up at him and I was like, ‘I need to have his babies. I need to stay alive.’ Really, that was it. I haven’t told anybody that. I’ve only told him.”

Watch the interview below.