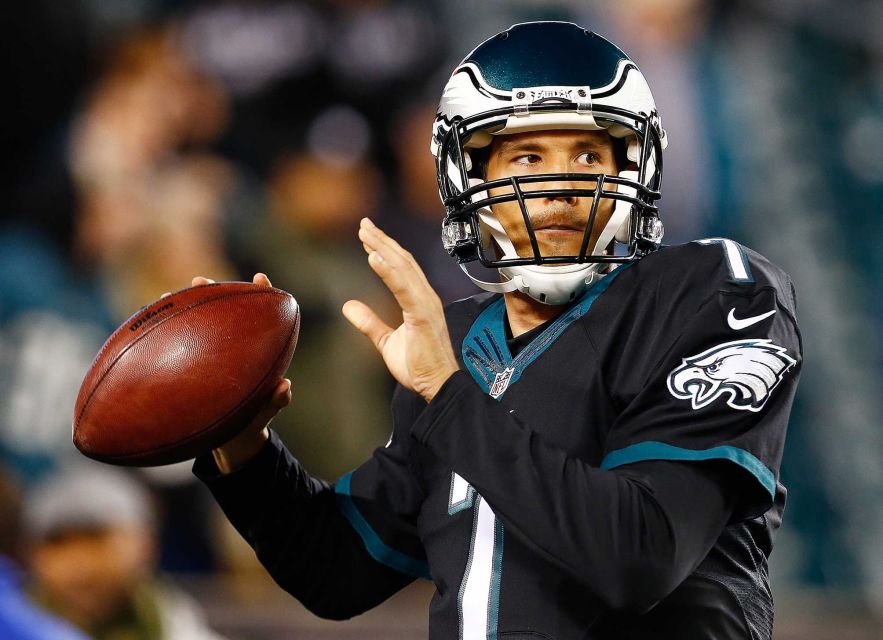 Since there are reports going around that Sam Bradford is pissed about the Eagles trading up to pick two in the draft to select a quarterback, a logical question to ask is will Sam Bradford request a trade? I certainly think that it can’t be ruled out. Besides, the Eagles already brought in another favorite of head coach Doug Pederson when they signed Chase Daniel. That probably already irked Bradford a bit, but now with the latest trade, Bradford must be fuming.

The next question that should be asked is would there be any teams interested in Bradford? I don’t see why not. Some teams could do a whole lot worse.

Mike Florio of Pro Football Talk has two specific teams in mind that he thinks should give the Birds a ring. Here’s what he said:

The Broncos and Jets are still looking for a starting quarterback. And with Bradford’s $11 million signing bonus already earned, another team could acquire him on what would be a two-year, $24 million deal. For the rest of 2016, it’s a base salary of $7 million.

So why shouldn’t either or both team call the Eagles? They can say what they want about Bradford being the starter. But if he makes his displeasure known to the organization, the Eagles have to decide whether to get what they can and move on or force Bradford to be the starter against his wishes.

With only $5.5 million of Bradford’s signing bonus paid out and $5.5 million remaining, the Eagles may want to try to foist some of that obligation onto Bradford’s new team. Or maybe the Eagles would pay the rest, if they get the kind of trade compensation that would help restore the picks surrendered to the Browns in the trade up to No. 2.”

To me, I don’t see Bradford here to start the season. If he wants out and is willing to take a pay cut to play elsewhere, then why not make it happen? Is there that big of a difference between Bradford and Daniel? Maybe. But, I can’t see the Eagles winning the Super Bowl this season or even coming close with Bradford, so I’m of the thinking that we should trade him and get some of those picks back (if possible), which we lost in the Browns trade. But that’s just little ol’ me.

One person that doesn’t see it happening is Les Bowen of the Daily News.

He can ask all he wants. They aren't taking that cap hit, leaving themselves with only Chase Daniels and the rookie. https://t.co/5bV9y1WK8j

It’ll be interesting to see how this plays out. Would the fanbase react positively to Bradford being out? It would probably be 50/50. Judging by some of the reaction last year, some thought the guy was Joe Montana with no wide receivers. I disagree. I see an average quarterback at best, who is an absolute liability to this team at all times with his noodle knees.

Nick’s take: I don’t think they should trade Bradford. I think if he’s really that pissed, it’s kind of ridiculous. Roseman said he was the starter. He’s going to be the starter. Chase Daniel or Carson Wentz are not going to start over Bradford unless he gets injured. And if he has a career season, he’s pretty much set for life. Again, it’s all speculation. But I’m with Bowen.