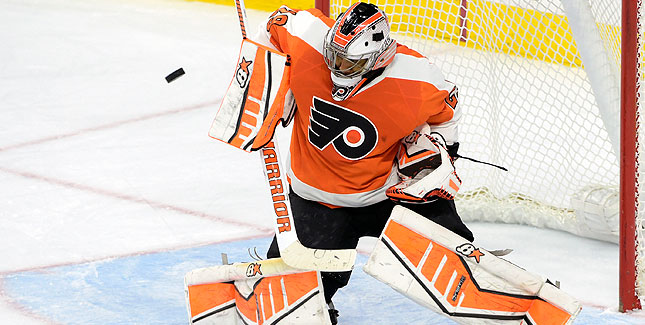 In the thick of a playoff push, the Flyers wanted an insurance policy for the remaining games in the regular season with Michael Neuvirth still out with an injury. Neuvirth should return for the playoffs – should the Flyers qualify – but that didn’t stop Ron Hextall from signing an old friend as Steve Mason’s and Anthony Stolarz’s backup goaltender, Ray Emery.

Emery joined the team this past Tuesday on a professional tryout before being signed today. Hextall said Emery would be the third goalie, behind both Mason and Stolarz, in what would be Emery’s third stint with the team. He’s 33 years old. “It’s been tough,” Emery said, courtesy of CSN Philly. “I went to Tampa’s camp and got released from there. I was just kind of waiting to see if something popped up in the NHL. In the meantime, I missed the boat on the European things and stuff like that. I ended up bouncing around.”