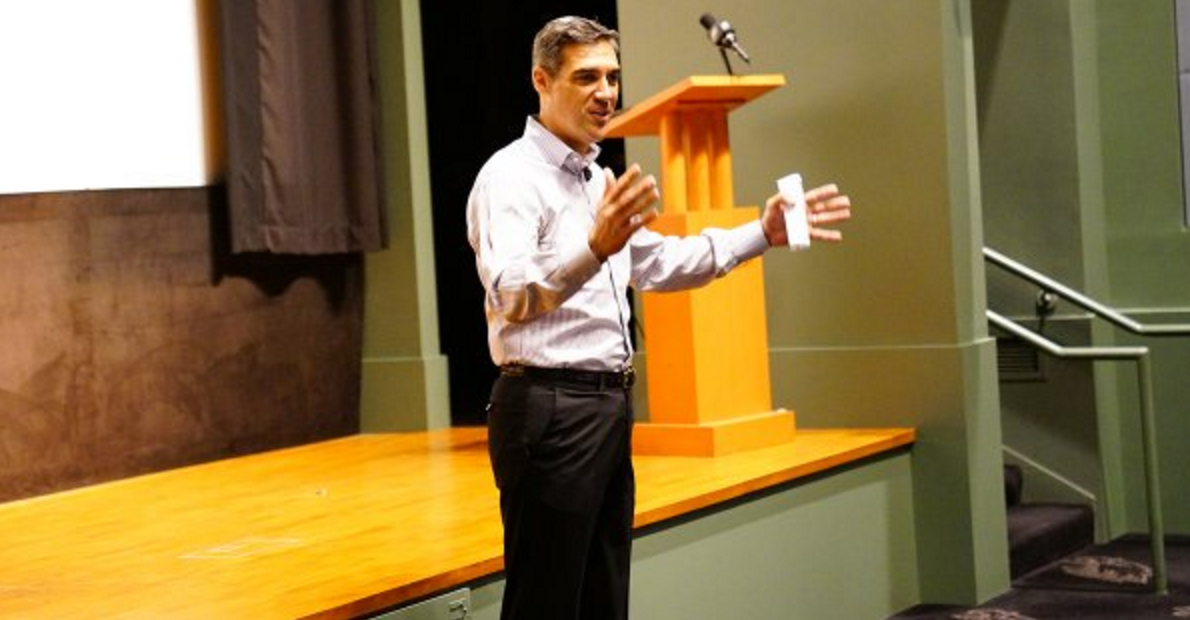 Philadelphia Eagles owner Jeffrey Lurie has stated over and over again that winning a championship is the team’s singular focus.

So who better to instill that championship winning mentality than Jay Wright, who led Villanova’s basketball team to a national title a few months back. Wright stopped by the NovaCare Complex Monday and spoke to the team.

It was a thrill for me to spend the morning with the @Eagles today! Hometown proud! pic.twitter.com/Udc8xoz7Iz

Thanks to @VUCoachJWright for stopping by and addressing the team. Full in-studio interview coming later today. pic.twitter.com/R9SdgLiN1r

“I was first honored,” Wright told Alex Smith in an interview for the Eagles’ website about being brought in to address the team. “This is my favorite team. I grew up in Philly.”

Wright later discussed some of the traits to led to the Wildcats’ stunning run in the NCAA Tournament after several years of near misses.

“Our goal wasn’t to win a championship,” he said. “Our goal was to be pure and committed to each other in our processIf the result is a championship, great, but first we’ve got to be true to playing hard with great effort and playing for each other, being intelligent players … The championship was a result of that.”

Lurie and the Eagles can relate to Wright. Andy Reid led Philadelphia to five NFC Championship Game appearances and made it to the Super Bowl once, but was never able to hoist the Lombardi Trophy and bring that parade to Broad Street. The Eagles are now hoping that Reid’s pupil, Doug Pederson, can bring the team back to their glory years of a decade ago.

“I did pick (Pederson’s) brain about a lot of things. We were looking out over the practice field, watching the guys, talking about his influences in coaching. His ideas for the team. His challenges here. I think he’s going to be very successful. He has a great feel for the personnel, the organization and the city of Philadelphia. They’re three different things that have different dynamics and I think he gets it,” Wright said.