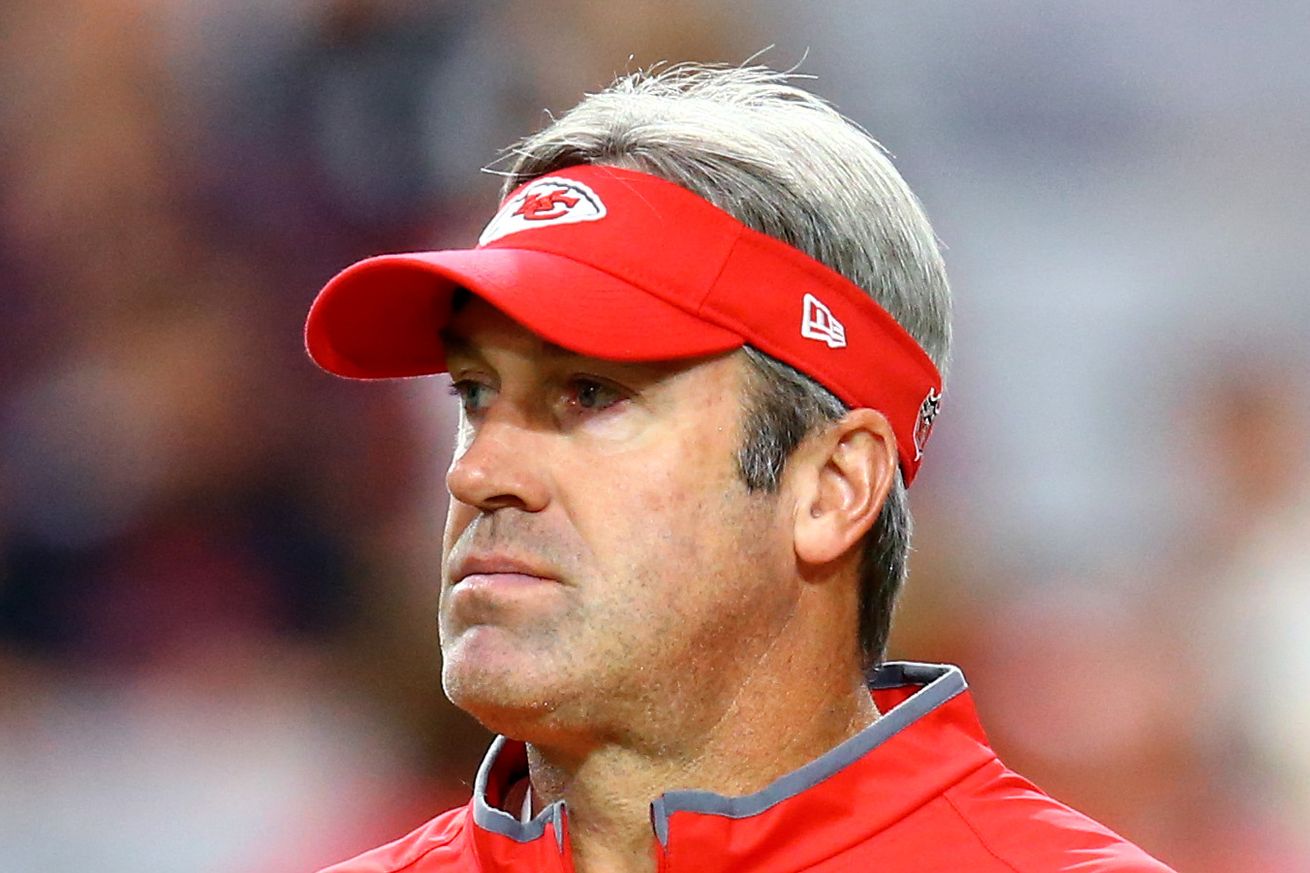 The ponchos were out and the wind was howling inside Arrowhead Stadium in Week 14.

A sloppy day turned into a sloppy game between the Kansas City Chiefs and San Diego Chargers. The Chiefs’ offense struggled with the heavy rain and winds that lashed inside, but their defense remained firm.

A goal-line stand in the final seconds helped the Chiefs hold off the Chargers 10-3.

San Diego used 17 plays to move the ball 78 yards on its final possession of the game. It had a 1st-and-goal at the one with four seconds left following a Vincent Brown 22-yard reception, but a false start by Philip Rivers pushed the ball back to the six.

Rivers’ shot to the front end zone intended for Malcom Floyd was broken up beautifully by Eric Berry. A false start penalty by Chris Hairston moved the ball back to the 11 and Danny Woodhead couldn’t hang on to a perfectly thrown pass by Rivers in the back right corner of the end zone to end it. Outside linebacker Dee Ford was step for step with the diminutive running back.

Doug Pederson had faced some adversity the prior two weeks with play-calling duties, but his mentor provided him with another healthy halftime lead in this one.

Prior to his introductory press conference in January there were reports saying that Chiefs head coach Andy Reid allowed Pederson to call plays, but nobody knew how often. During the presser, Pederson explained how much latitude he was granted.

His answer may have raised a few eyebrows.

“I was able to call plays since the Pittsburgh game on,” he said. “Coach Reid and I had a great understanding and great feel for the game. He allowed me to call the second half of every football game from that game on.”

That Steelers game was the start of Kansas City’s stunning turnaround in 2015. The Chiefs were in the midst of a five-game losing streak and 1-5 heading into that Week 7 contest, but their 23-13 triumph was the beginning of their 10-game winning streak to close the regular season. The victory over the Chargers moved Kansas City to 8-5.

The Chiefs held a lead at the break in nine of the 12 games Pederson called plays and six were by 10-or-more points, so he was usually put in positive circumstances. Week 14 one of the six that Pederson had a double-digit advantage to work with.

Reid helped Kansas City race out to a 10-0 cushion heading into the locker room.

Obviously, the Chiefs didn’t score any points in the second half so we could assume that Pederson was unspectacular with his play calling, right?

How the grading works:

(++)- Offense gains 15-29 yards past the original line of scrimmage. If the offense commits a holding penalty and they pick up 15 yards on a 1st and 20, the offense gets just one (+) instead of two.

2+2 (30)- 10 personnel- Travis Kelce and Melvin Ingram got tangled up, pass fell incomplete as Kelce fell down (/)

Last week I questioned why Pederson didn’t call read-option plays with Smith more because Smith is a sneaky mobile quarterback, who is savvy enough to understand when to tuck it and run. Well, Pederson went to the read option twice in the first three plays and Kansas City picked up 20 yards.

West bounced a counter play to the outside off the left edge for a gain of 18 yards. Kelce held onto his block of Ingram just enough, which allowed West to turn the corner.

It looked like a promising drive for Kansas City, but it quickly stalled following a trio of incompletions, one of which was dropped by Kelce that would’ve been a first down.

The Chiefs have been attacking the perimeters in the running game so far, whether it’s been the read-option, power plays or sweeps with pulling guards and even pulling the center Morse. We saw two more instances of this on this possession.

Kelce’s pass interference penalty essentially killed the drive and Attaochu’s sack was more of a coverage one. He and Ricardo Matthews ran a TE stunt and Smith had nowhere to go with the ball.

The Chargers are starting to play the boundaries a lot better. Addae made a really nice play off the right edge to take down West for a loss of two. Watch him read, react, take the proper angle and fly to the football.

Wilson motioned into the backfield, cute on third and short like Reid, but at least he runs the ball. This is something I’ve noticed from Pederson, he tries to outthink you. While he doesn’t throw the ball as much in these situations as Reid, he’s also not afraid to let it rip either. I’m an old-school guy when it comes to short yardage, either pound the ball with your running back or fullback or sneak it with your quarterback.

On this particular play, Wilson’s motion into the backfield had Kansas City in an offset I-formation. West got the handoff off the right side and Jah Reid opened up a huge hole by pushing Manti Te’o several yards backwards.

This was a second consecutive drive that stalled because of penalty. I feel like I’m watching Chip Kelly’s Eagles again.

Smith was very shaky in this game. He was intercepted in the first half to put an end to his streak of 312 passes without a pick, which is the second longest stretch in NFL history. He almost got intercepted again on this drive when Addae read his eyes and cut in front of Maclin. Addae was everywhere in this game.

Te’o and safety Jimmy Wilson came on a blitz on third down and it was fairly well protected. Smith hit his safety valve Kelce in the right flat, but Weddle read it perfectly and close on him quickly to prevent a first down.

Already knowing what the final score was and seeing Reid manage the Chiefs to 10 points in the first half, I was expecting a disastrous final 30 minutes from Pederson. It wasn’t putrid, but it wasn’t good either.

Pederson has done a great job of guiding the Chiefs on their opening drives of the second half, leading them to a trio of touchdown drives in the six games I’ve covered so far prior to this one. Kansas City matriculated the ball inside San Diego’s 30-yard line on its initial touch of the second half, but Kelce dropped a quick slant, which would’ve moved the chains, and Santos missed badly on his 46-yard field goal attempt.

The next two possessions stalled due to penalties. Kelce’s pass interference penalty on the second march took away a touchdown and the Chiefs were in Chargers territory before a J. Reid holding penalty basically ended Kansas City’s third drive. The fourth possession saw the Chiefs get into San Diego territory as well.

So missed field goals and penalties led to Kansas City’s demise in the second half, not necessarily Pederson’s play calling. It still could’ve been a lot better as mentioned above, but the Chiefs didn’t go three-and-out at all as I projected they would.

What I liked most coming out of this game was Pederson’s willingness to call more read-option and zone-read runs, utilizing Smith’s athleticism. I wondered last week if Pederson would start calling more of these due to the success Kansas City had and he did just that. I can’t wait until Carson Wentz starts running some of this stuff.

I gave Pederson a C+.