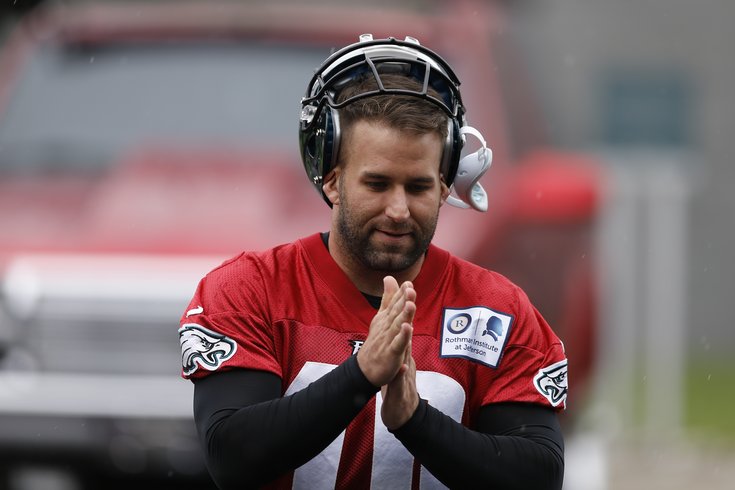 The competition between Sam Bradford and Carson Wentz has been talked about for over a month now. Despite Doug Pederson and Howie Roseman continually saying Bradford is the Eagles’ starter, there’s still a competition between the two, especially the last few weeks during voluntary OTAs. Whether that’s the media’s fault or other Eagles coaches [hey Jim Schwartz and Frank Reich], it’s going to be talked about. And with this week’s mandatory OTAs, it’ll still be talked about. Every. Single. Day.

On Sunday night’s Sports Sunday on FOX, a video aired with Howard Eskin talking with Chase Daniel about how he’s adapted to the Eagles, Daniel not being offended by Bradford/Wentz being talked about more than him, enjoying flying under the radar and Wentz being a “good rookie” and doing rookie things. It was actually pretty good, and gave some personality to Daniel we haven’t really seen yet. Here’s the segment:

I mean, it seems like Daniel’s an easygoing guy. It doesn’t sound like he wants that starting spot and it doesn’t sound like the constant talk about Bradford and Wentz bothers him. I think he’ll quietly put together a good season this year and surprise everyone.