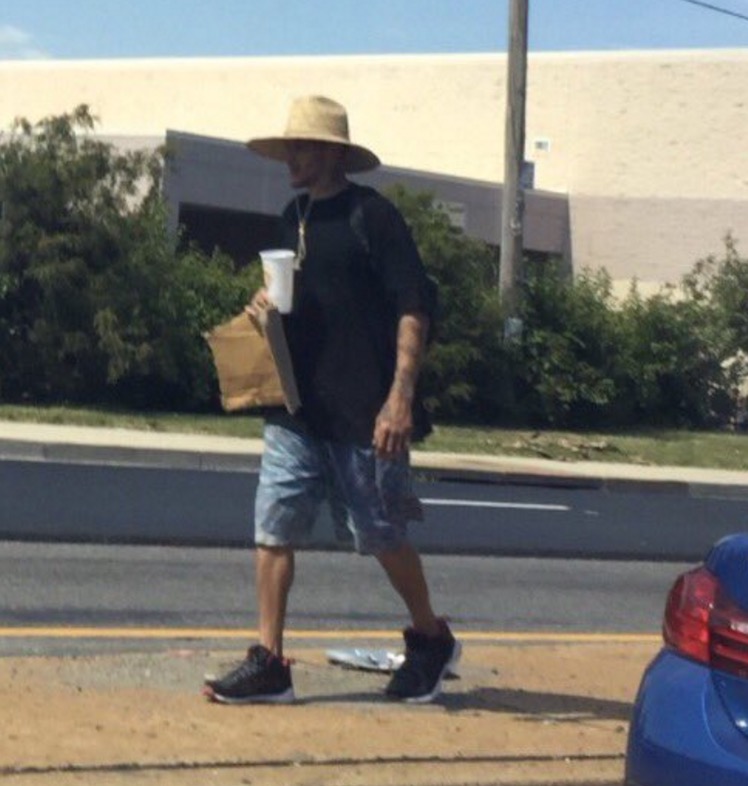 Back in February we told you that things seemed to be spiraling out of control for former St. Joes guard Delonte West. At that time he was spotted in Houston wandering the streets wearing a hospital gown and no shoes. A new photo of West surfaced two days ago where it appeared that he was holding a change cup and perhaps begging for money. As all things seem to do on the Internet, the photo quickly became viral.

The Twitter user that snapped the photo of West has since taken the tweet down. While most people of course are jumping on the “West is homeless” bandwagon, gossip website Mediatakeout is reporting that West was helping a homeless paralyzed man get some money.

#Update: Delonte West reports he is not homeless. He Was actually helping the homelesshttps://t.co/iL3ClLWa2Z pic.twitter.com/UGLzERmNsB

So is West homeless or just being a great human being? I’m hoping the latter. I really want to see him land on his feet.