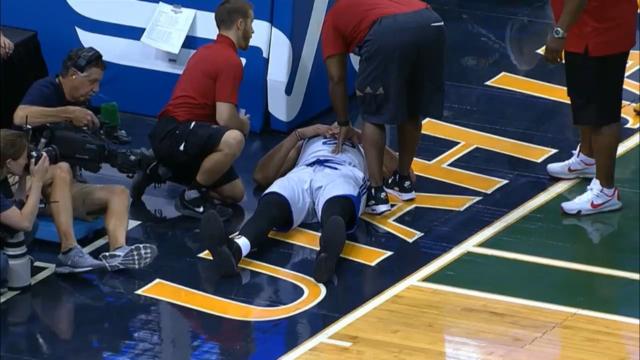 Ah, it was just cramps. From months of not playing. Ben Simmons, who was taken out of Monday night’s game due to cramps from dehydration, will be suiting up for the Sixers in their summer league game against the Utah Jazz Thursday, according to the Inquirer’s Keith Pompey.

Some will question why this is even a big deal. Some will be hyped to watch Simmons again, as he showed flashes of brilliance Monday night against the Celtics before leaving the game. But, when the Sixers have been in the situation they’ve been in the past few years, being excited to watch Simmons play in a Sixers jersey – regardless that it’s the summer league – it’s easy to see why people would get hyped. Whether you agree with it or not is fine, but it’s the Sixers, man. Let people have something to look forward to.

So, enjoy watching Simmons posterize the Jazz tomorrow night. I’ll be DVRing the game. Triple double for the Simmer!?