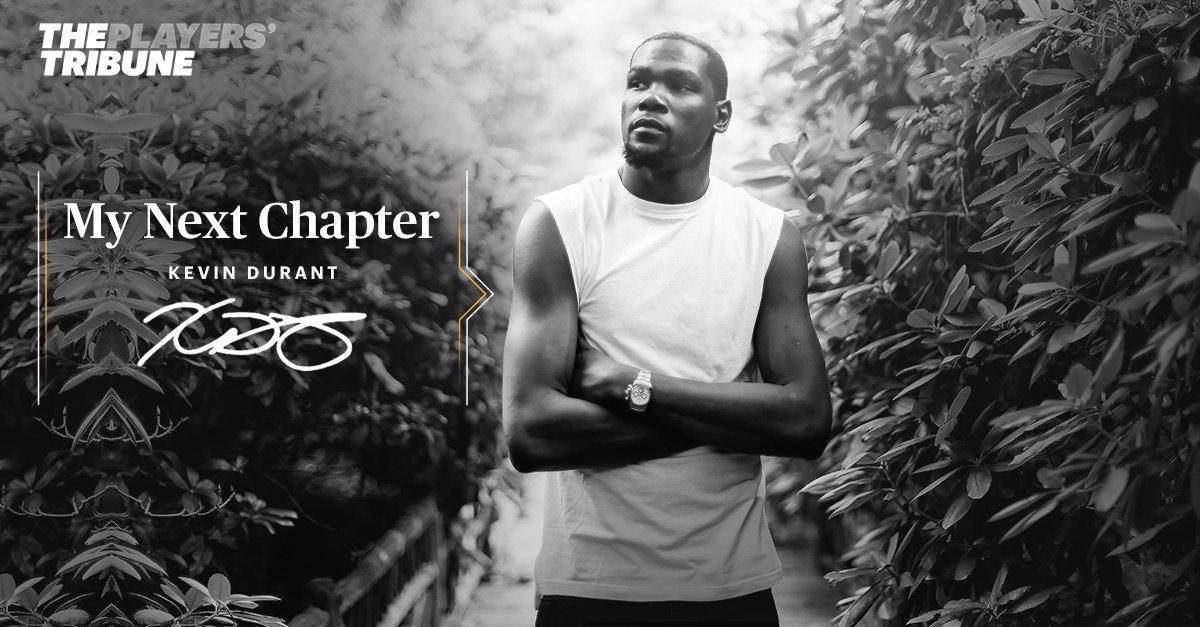 Kevin Durant will sign with Golden State, he writes on the Players Tribune.

He made his decision via The Players’ Tribune:

Here’s what he had to say:

This has been by far the most challenging few weeks in my professional life. I understood cognitively that I was facing a crossroads in my evolution as a player and as a man, and that it came with exceptionally difficult choices. What I didn’t truly understand, however, was the range of emotions I would feel during this process.

The primary mandate I had for myself in making this decision was to have it based on the potential for my growth as a player — as that has always steered me in the right direction. But I am also at a point in my life where it is of equal importance to find an opportunity that encourages my evolution as a man: moving out of my comfort zone to a new city and community which offers the greatest potential for my contribution and personal growth. With this in mind, I have decided that I am going to join the Golden State Warriors.

I’m from Washington, D.C. originally, but Oklahoma City truly raised me. It taught me so much about family as well as what it means to be a man. There are no words to express what the organization and the community mean to me, and what they will represent in my life and in my heart forever. The memories and friendships are something that go far beyond the game. Those invaluable relationships are what made this deliberation so challenging.

It really pains me to know that I will disappoint so many people with this choice, but I believe I am doing what I feel is the right thing at this point in my life and my playing career.

I will miss Oklahoma City, and the role I have had in building this remarkable team. I will forever cherish the relationships within the organization — the friends and teammates that I went to war with on the court for nine years, and all the fans and people of the community. They have always had my back unconditionally, and I cannot be more grateful for what they have meant to my family and to me.”

The internet has officially lost its mind.