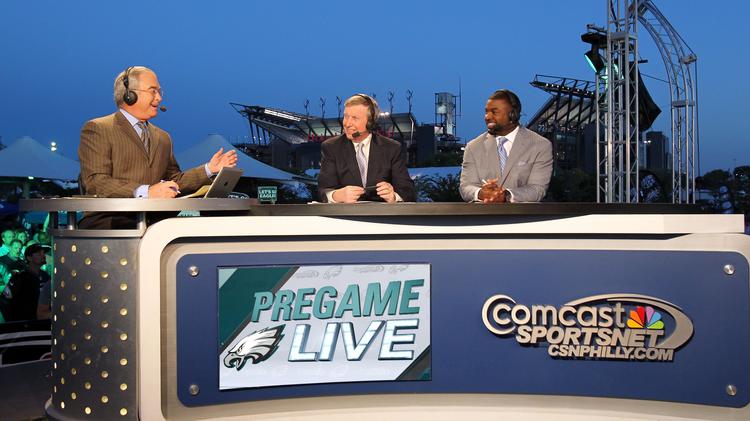 Brian Westbrook is out at CSN, according to his Twitter. He said he was fired from the station.

They are going in a different direction with their talent! https://t.co/KXJNiSXXaP

And the people aren’t happy.

@36westbrook makes 0 sense, silly in fact. U have knowledge, timing n a sneaky sense of humor on @975TheFanatic 1 door closes another opens

@Baseby22 @36westbrook This is really bad news. I really loved your analysis and what you added to the show.

@36westbrook no kidding man…the magic mike tyson brought to boxing…thats what you were, for a lot of us fans, to football.

@36westbrook from personal experience, leaving CSN turned out to be great for me. They made a big mistake letting u go

@36westbrook fired for what?! You were the best analyst on post game

@36westbrook is this for real??? That is a disgrace! Love you!

@36westbrook but now who's gonna be saying titty on live tv.?

Maybe Westbrook’s price tag went up. Maybe the commute Westbrook was doing was too much, even for CSN. Who knows.

Hey, it could happen.

“We would like to thank Brian Westbrook for his many on-air contributions to CSN Philadelphia over the last several years, and clarify that he has not been ‘fired’ from the network. We are making changes to our Eagles pre- and postgame shows in order to bring fresh voices and perspectives, but we value our relationship with Brian and offered him another opportunity with the network, which he declined. We wish him the best and hope to work with him again.”