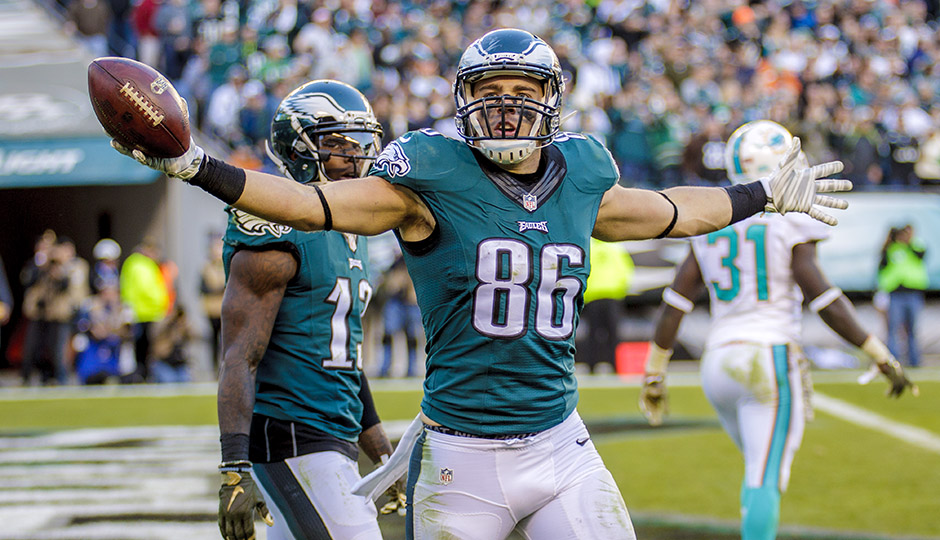 Coach Pederson: Zach Ertz and Leodis McKelvin are OUT for Monday night.

Ertz’s injury was described as a “dangerous” one, as he suffered a displaced rib below his left shoulder. McKelvin has a hamstring injury.