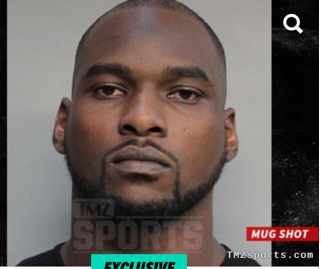 Nigel Bradham was arrested in Miami during the Eagles’ bye week, according to TMZ Sports. TSA officials say Bradham had a concealed weapons permit but forgot he had a gun in his bag. He was arrested for a second degree misdemeanor weapons charge.

According to the police report, obtained by TMZ Sports, the 27-year-old had put his backpack through the X-ray machine at Miami International when TSA workers noticed a loaded firearm.

Bradham told workers he forgot the gun was in the bag — and showed officials his concealed weapons permit.

Officials say “it was clear that there was no criminal intent on his part” — but say they could not just cite and release Bradham since he’s still out on bond stemming from a July assault case.

Bradham was taken into custody and booked for a 2nd degree misdemeanor concealed weapons charge. He was released from custody later that day on a $500 bond.

Bradham was arrested back in July in Miami Beach.