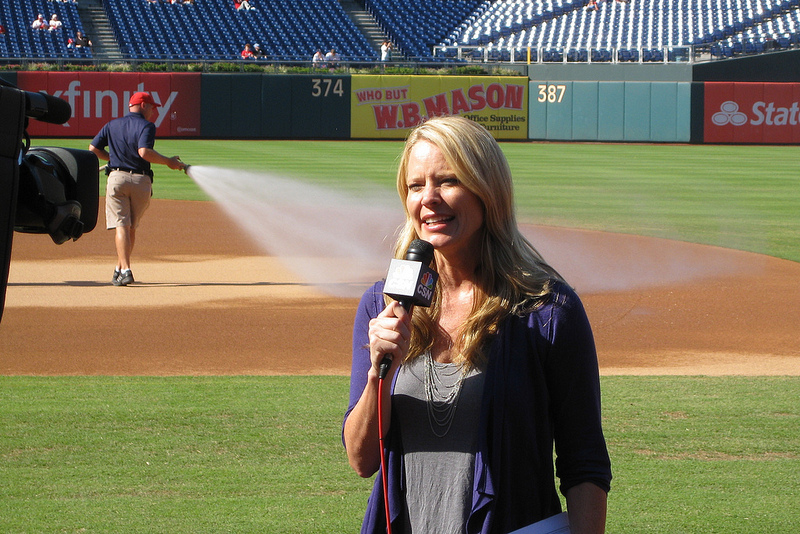 Ryan Howard ending his career as a player with the Phillies may have been the biggest story of the weekend, but Leslie Gudel leaving Comcast SportsNet may be just as important. Gudel announced earlier today she was a free agent and she was leaving CSN after 19 years.

For the first time in 19+ yrs, I’m a free agent. I’m proud of what we built at CSN. Looking forward to a new chapter, whatever that may be.

According to Philly.com, Gudel leaving was already set prior to the Phillies’ season starting.

“We discussed this prior to the season starting, and I’m comfortable with the decision,” Gudel said in an interview. She said it wasn’t her idea, however.

“I love baseball. I love the Phillies. If I don’t end up back at the ballpark covering the team, I’m really going to miss it,” Gudel said, who also added she had nothing but respect for CSN and the people work there.

Gudel was a fantastic Phillies reporter and anchor for CSN. She will be a hot commodity in the city, that’s for sure.